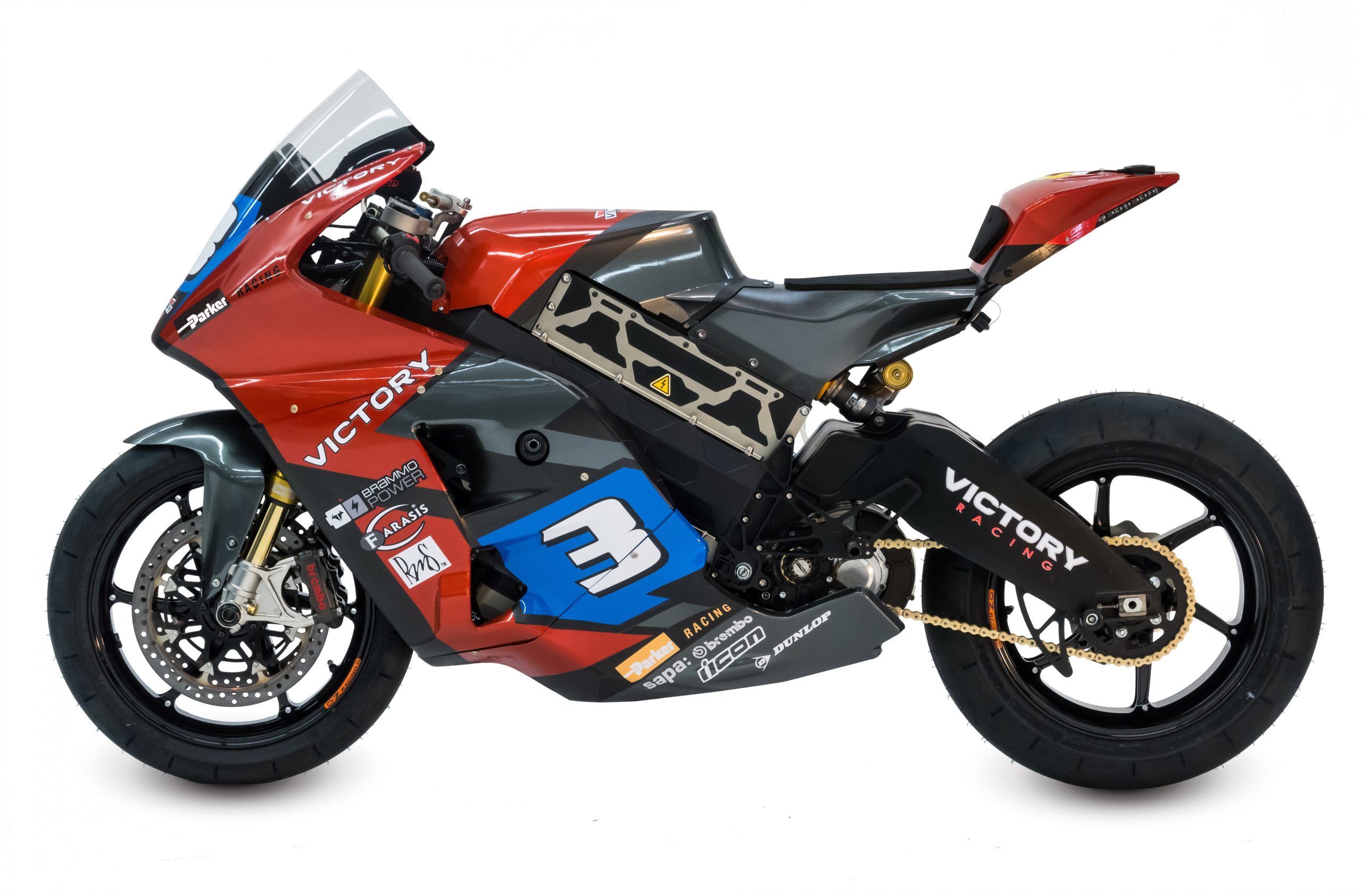 Victory Motorcycles has announced their intention to race at the iconic International Isle of Man Tourist Trophy (TT) event on a Victory electric race prototype motorcycle.

The prototype electric race bikes will be piloted by William Dunlop of the legendary Dunlop dynasty and by Lee Johnston known in the racing world as “General Lee”.

Victory Racing will compete in the Isle of Man TT electric class, marking the first time that Victory Motorcycles has entered a professional motorcycle-racing event in Europe and raced an electric motorcycle. Parker, the world’s leading diversified manufacturer of motion and control technologies and systems, is providing the race-proven, high performance GVM PMAC motors for both machines.

“The entire Victory team is excited to make history with this effort,” said Rod Krois, Victory General Manager. “We know that William Dunlop’s experience and the continued Victory Motorcycles development of this electric race bike through work with Parker will propel us into a strong future with electric motorcycles.”

With more than a hundred years of history, the annual International Isle of Man TT, raced on the Irish Sea Island, is one of the most demanding and exciting races in the world. The SES TT Zero Challenge class event for electric motorcycles is a one-lap race round the island’s 37.73 mile Mountain Course scheduled for Wednesday, June 10, 2015.

“I’m more than excited to race this prototype at the Isle of Man,” said professional rider William Dunlop. “Electric powertrains have many advantages, and the Isle of Man is one of the greatest tests in motorcycle racing.”

Professional Rider Lee Johnston will be riding the second entry for Victory Racing at the Isle of Man TT and said, “I’m excited to make history by racing the new Victory electric race prototype. It’s thrilling to be part of the emerging electric motorcycle movement.”

Ben Furnish, Marketing Manager for Parker Hannifin said, “Parker is thrilled to be involved with Victory Motorcycles in this historic event with these talented riders. We look forward to working with Victory to develop high performance powertrains for electric motorcycles. “

Victory Motorcycles will host a continuous news feed of updates and photos from the Isle of Man TT and will have more information available on the Victory electric prototype race bike at www.victorymotorcycles.com/en-us/isle-of-man. To learn more about Parker and their production version of the GVM traction motors visit http://www.parker.com/hev.