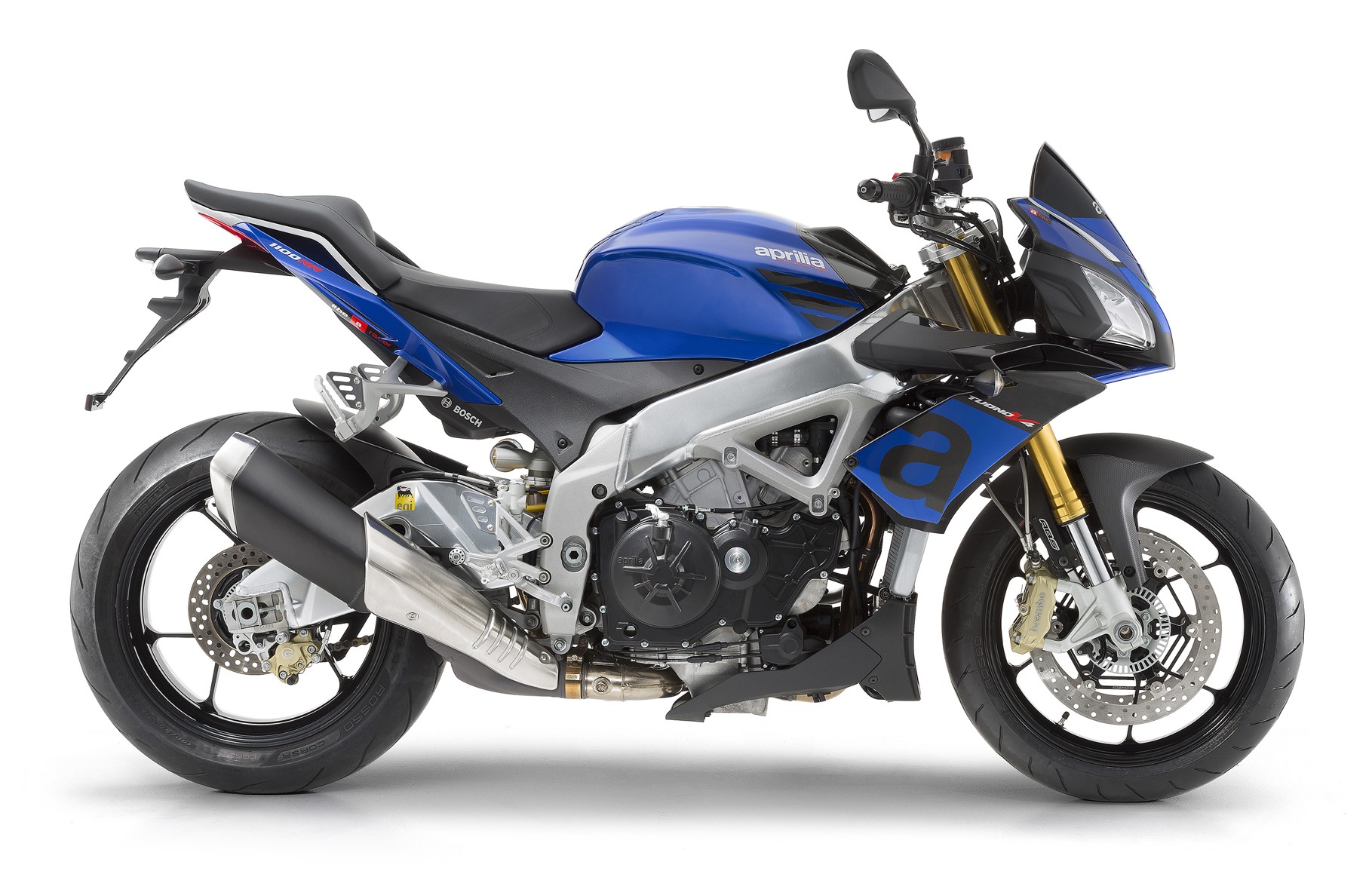 In 2002 a motorcycle was released that redefined the super naked category and won accolades from every corner of the motorcycling world for its innovative styling, thundering performance and outstanding handling. This model has been resetting benchmarks in its class for over a decade and you could be excused for believing that it could not possibly get any better.

The launch of the all new Aprilia Tuono V4 1100 proves that it is absolutely possible!

To coincide with the launch of the totally new Tuono V4 1100 in Misano last week, Aprilia Australia is thrilled to release the new Tuono model range along with pricing details for the world’s favourite Super Naked motorcycle.
The new Aprilia Tuono is available in two versions, the Tuono V4 1100 RR and the Tuono V4 1100 Factory.

The Tuono V4 1100 is a direct descendant of the RSV4, a motorcycle which has won seven World Superbike Championships in as little as six years. The Tuono V4 1100 has been bred with the performance and technology that Aprilia has developed on the racetrack

With a new 1100cc engine which produces 175HP (129kW) at 11,000 RPM, the Aprilia Tuono V4 1100 is adrenalin in its purest form. The new power plant maintains the infamous 65°V4 architecture with an increased 81mm bore to produce greater power and more torque through the mid-range.

A stunning double rail chassis made from pressed and cast brushed aluminium makes the perfect frame for the masterpiece that is the Tuono V4 1100. The new chassis provides the perfect amount of control and feeling on the road whilst the elongated swingarm offers improved traction out of the corner. By adjusting the headstock angle from 25.1° to 24.7° and the trail from 107.4 mm to 99.7 mm, the Tuono V4 1100 now offers greater agility on the road without compromising track performance.

Fully adjustable racing suspension ensures that the rider can adjust the suspension to their own riding style for both the road and the track. Stability and comfort are a characteristic of this motorcycle thanks to the 43mm inverted front forks and steering damper. These elements work together to ensure that the power produced from the motorcycle can be put to best use.

As we all know power is just as important as braking so the Tuono V4 1100 offers the rider the safety and reassurance of dual floating 320mm discs and four piston Brembo M432 monobloc calipers on the front and two piston Brembo calipers on the rear with a 220mm disc. Also fitted standard on this motorcycle is RACE ABS representing the utmost in refinement and technology whilst guaranteeing performance on the racetrack and safety on the road.

Just when you thought that there is no possible way that any more technology could be included on a motorcycle Aprilia introduces its new V4-MP telemetry. Available as an accessory on the Tuono V4 1100 the V4-MP turns a smart phone into a sophisticated on board multifunctional computer. Once connected the application allows for electronic management where by recognising the position of the motorcycle on the track and automatically changing the electronic adjustments (traction control, anti-wheelie, engine mapping, etc) by accessing a database of parameters recommended by Aprilia Racing. V4-MP also allows the rider to obtain real-time tips to improve lap times and receive telemetry information, only once found on race machines. The V4-MP Telemetry takes Aprilia’s innovation and expertise to a whole new level!

Already considered the best in its class, the all new Tuono V4 1100 is sure to set a whole new benchmark for the competition.

BMW Motorrad supports the Ride of Smiles – 50,000 miles around the world for charity