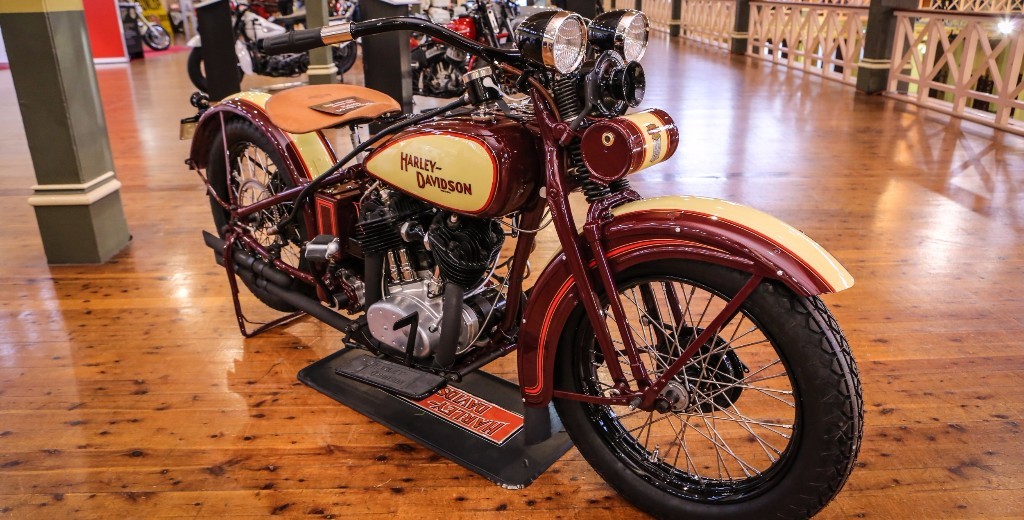 The largest collection of motorcycle entries ever in the Australian International Concours d’Elegance is one of many two-wheeled highlights at this year’s Motorclassica.

Oldest motorcycle on display at Motorclassica will be a 1910 Fabrique Nationale, the most unusual will be a 1949 Lambretta three-wheel box cart, while for the enthusiasts dreaming of unearthing something special, there’s a 1941 Indian 7416 ‘barn find’.

Motorclassica will also debut a new motorcycle display class this year, for race bikes, with a 1948 Triumph GP bike, a 1985 BMW K100 JPS Special, a Velocette MSS 500 from 1954 and a Ossa Wildfire from 1967 are among the entries.

Joining a stellar line-up of contemporary car manufacturers at this year’s Motorclassica, motorcycle brands MV Agusta, BMW and Royal Enfield will all showcase latest models from their 2015 ranges.

Meanwhile, upstairs in the gallery, both Classic Style and BMW Motorad are set to an array of classic motorcycles.

Outside, in the club displays known as ‘Club Sandwich’, there will be a further 50 bikes on show in the open air.

And Motorclassica will celebrate a milestone this year too, with a special display of race and exotic MV Agustas to mark the Italian bike’s 70th anniversary.

Together with a display of historic and significant past and present models, there will be rare MV Agusta memorabilia, brochures and models, official branded spanners and even jigsaws.

“Interest in classic motorcycles continues to grow and that’s reflected in our largest ever entry in the Concours … the bikes competing are to a world standard and it’s going to be a tough job for the judges to separate them,” Motorclassica Event Director Paul Mathers said.

“There’s a broader mix than ever of displays and entertainment for showgoers with a motorcycle interest at this year’s Motorclassica.”

Additional information on the 2015 Motorclassica, to be held at Melbourne’s Royal Exhibition Building from October 23-25, is available on www.motorclassica.com.au.

Win the ultimate Forza Motorsport driving experience thanks to Shannons!