Victoria’s motorcycling mecca, the Phillip Island Grand Prix circuit, will remain Australia’s exclusive home of the world’s leading motorcycling championships with MotoGP and World Superbikes confirmed to race at the scintillating 4.445km island circuit for another decade plus.

The contract extensions for both championships were announced by the Victorian Minister for Tourism and Major Events, the Hon. John Eren MP today, assuring fans MotoGP will race at the track until 2026 and the FIM Superbike World Championship for production bikes (WorldSBK) will return each year until 2027.

The host agreement was reached between the State Government of Victoria, the Australian Grand Prix Corporation, the Victorian Major Events Company (VMEC), the international promoter of both championships – the Spanish group DORNA, and the Phillip Island Grand Prix circuit.

“Our thanks goes to the Victorian government and DORNA for their commitment to our circuit and the Phillip Island community,” said Andrew Fox, managing director of the Linfox Property Group, owners of the Phillip Island Grand Prix circuit.

“We’re extremely lucky to secure a ten year extension and it reflects how special the island has become in world motorcycling.  There’s a real passion for this place from riders, teams and fans the world over.

“The riders relish racing here.  They love the speed of Gardner Straight, flowing turns like Stoner Corner, and the great buzz they get on the ride from Siberia to the crest of Lukey Heights.  Their enthusiasm translates to the fastest, closest racing on the planet, year in, year out, and we’re thrilled to welcome everyone back for plenty more.”

“To secure a ten year deal for our two major properties, MotoGP and WorldSBK, is so important for   the circuit and for our ongoing investment in facilities,” said Fergus Cameron who has been at the circuit helm since 1984.

“For our community, the track is a cornerstone of the Phillip Island economy, and its activities have a flow-on effect to many of the businesses and families on the island.  I am relieved for our local region that the future of both events is well and truly secure.”

On 2011 figures, the MotoGP was responsible for a $34.5 million stimulus, and WorldSBK provided a $21 million injection to the regional economy.

Booked for nearly 300 days a year with racing and testing for motorcycles and cars, the circuit employs 40 people fulltime and over 100 casuals, and feeds work to many local businesses.

“I have been at the circuit for 32 years, and one of my proudest achievements is our relationship with the community and how we’ve worked to ensure our precious, pristine island, our people and wildlife, and our economy can co-exist and thrive together,” said Cameron.

“We have a lot to thank our Phillip Island forebears for.  In 1952, a group of men designed a brilliant track on an amazing piece of land, overlooking majestic Bass Strait scenery.

“To be honest, construction-wise the original track was pretty humble, but their vision laid the foundations for sweeping corners and high speed straights.

“I’m sure they never dreamt that turns like Siberia and Doohan Corner or Lukey Heights would become iconic names in world motorsport, revered by fans and riders alike.”

This year, the island has already hosted MotoGP and WorldSBK.  In February, MotoGP tested for three days, followed by ten days of WorldSBK with testing and a spectacular season-opening round.  The Australian round of MotoGP is confirmed for October 21-23.

Australia’s MotoGP and WorldSBK rounds are broadcast to six continents, with both telecasts promoting the island as a tourist hot spot and the circuit as a “bucket-list” attraction for motorsport fans around the globe. 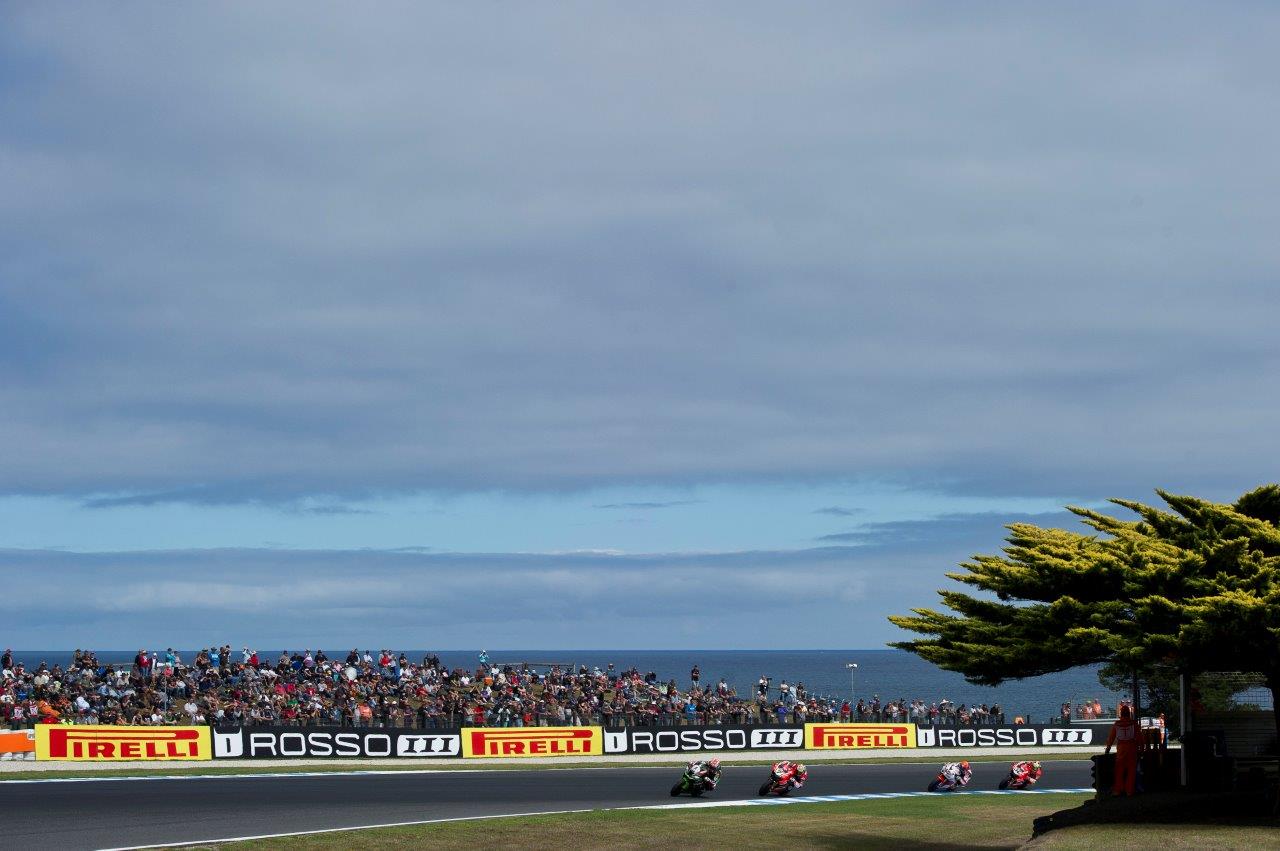