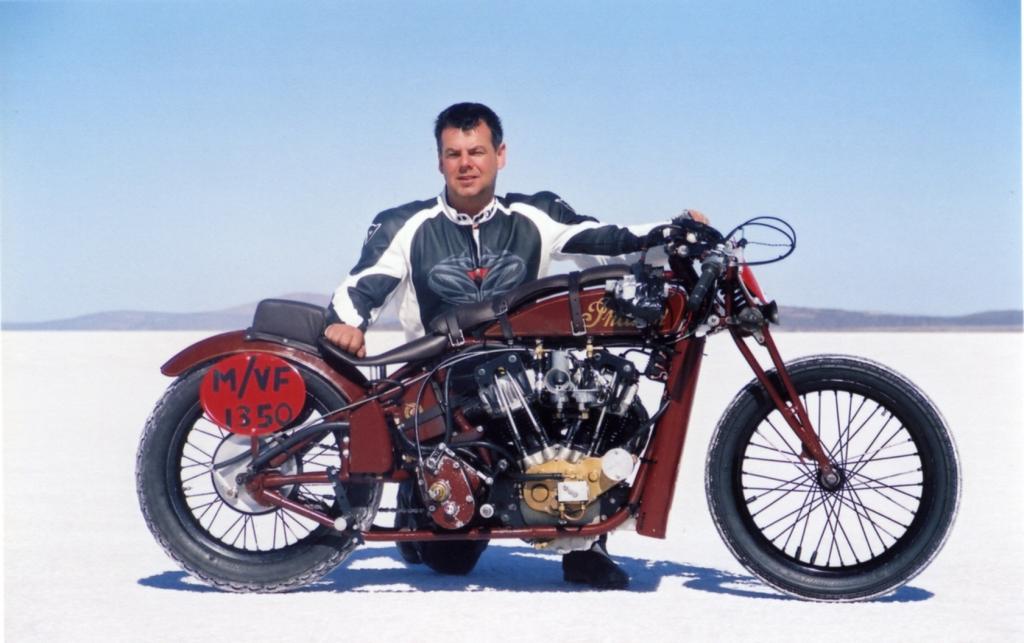 Melbourne Showgrounds Hall 2 will house over five million-dollars worth of rare, unique and custom motorcycles at this weekends inaugural MOTO EXPO presented by InsureMyRide.

The hall will feature ‘Million Dollar Row’ which will showcase ten very special motorcycles valued at over $100,000 each.

The showcase will include a Y2K jet powered motorcycle and a rare Virus motorcycle displayed courtesy of Antique Motorcycles John Straw.

The Y2K jet powered bike is one of only a handful in existence and it is the only one located outside America.

The pinnacle in the ‘Million Dollar Row’ crown will be a 1941 Crocker valued at over $450,000.00 and supplied courtesy of Harley City.

Event Organiser Troy Bayliss said it was a rare opportunity to have these bikes on display together.

“The variety of bikes within MOTO EXPO will capture the eye of motorcycle enthusiasts coming from all over Australia,” Bayliss said.

“I am really excited about the collection of bikes featured within Hall 2. Million Dollar Row, the Great Race display of Harley-Davidsons and Indians, Simon Davidson’s photo exhibition and cafe racers will create an incredible display.

“One day in the future we may see some of the new bikes being released at MOTO EXPO have the same prestige as the bikes on display within this hall,” Bayliss continued.

Hall 2 will also host Peter Arundel’s 1924 8 Valve Indian Motorcycle, displayed alongside an exhibition of images taken over on the Bonneville Salt Flats in Utah and on Lake Gairdner in South Australia by renowned Australian photographer Simon Davidson.

Arundel set a World Speed Record in 2002 riding the motorcycle on Lake Gairdner, South Australia with a speed of 158.73mph.

The Great Race will display 40 vintage Harley Davidson and Indian Motorcycles including a special selection from the coveted Arundel collection.
The Arundel collection boasts the most comprehensive list of Australian racing Indians motorcycles.

Burt Munro’s record-breaking replica of the world’s fastest Indian is expected to be a show-stopper. The motorcycle will be housed as part of the Indian display.

Over 20,000 motorcycle enthusiasts are expected to attend MOTO EXPO Melbourne over the three-days of the event.

Entry into the show also includes access to the Baylisstic Scramble presented by InsureMyRide and Motul and the Australian Motorcycle Finance Head-2-Head EnduroCross presented by Yamaha.

Visitors can expect to see some of Australia’s most successful motorcycle athletes along with entertainment including live street bike stunts, ATV, side by sides (UTV), mini moto, Freestyle Moto X, Trials and more.

FREE undercover motorcycle parking courtesy of InsureMyRide will be available within the Melbourne Showgrounds for all visitors.

Tickets to MOTO EXPO Melbourne are on sale now via www.motoexpo.com.au

We’ve Got You Covered – Aprilia and Moto Guzzi