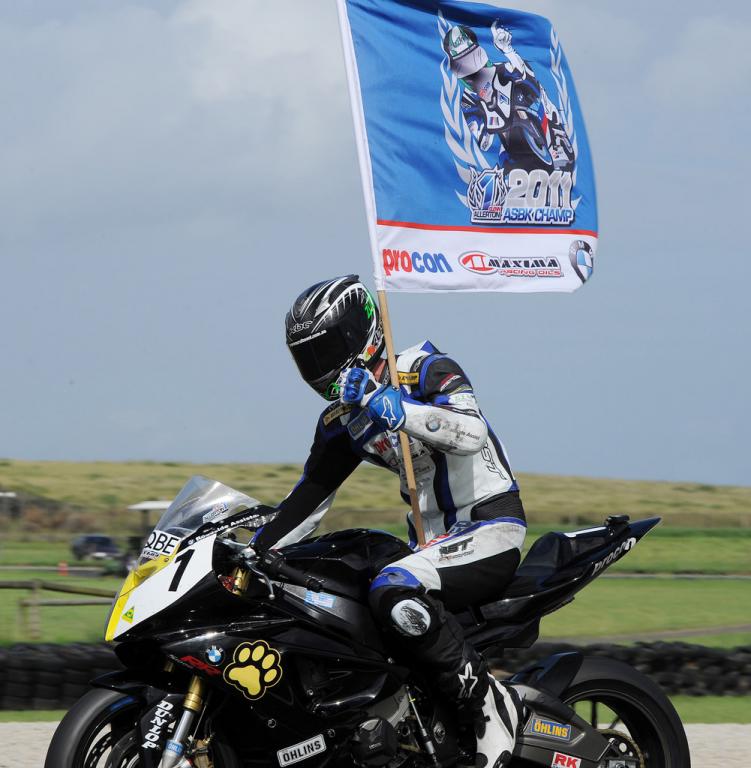 It’s with some sadness and satisfaction that it seems Next Generation Motorsports, Glenn Allerton and BMW Motorrad will not be lining up on the grid fighting for wins in 2015. It has been an amazing 4 years for BMW since Glenn and the team made a last minute switch of brands before the 2011 season kicked of at Phillip Island. Glenn obviously gelled with the bike well, after his first test ride he told the team, “we need to race this bike!”. With only weeks to turn a press bike into a race bike, Glenn went out and won both races and followed up with the 2011 ASBK title. This was BMW’s first ever Australian Superbike title and Glenn’s second.

The Next Gen team (formally Pro Con) are pure racing enthusiasts, who have put a lot of their own money into local racing, not for business reasons, but for the passion of racing. Wayne Hepburn and Nathan Webb are the backers, Shane Kinderis is the technical expert, who was thrown into the deep end and came out shining. Shanes understanding of the sophisticated RR electronics as well as engine tuning and building has always provided Glenn with very fast and reliable bikes to race. The team have a small crew, most have been together since the beginning. They are a bunch of mates, who work so well together, they have won many races and two ASBK titles against more factory backed teams.

The team has supported Glenn strongly, and he has repaid them with many great results. On more than one occasion he has lined up as a WSBK wildcard on a locally prepared bike with impressive results, scoring WSBK points and beating many more fancied riders. They have also supported him to race in the UK and the US. In Germany the BMW head office race department noticed Glenn’s (and the teams) results very early on. Glenn was given a last minute call up earlier this year to fill in for the injured Sylvain Barrier on the BMW Team Italia Evo bike at Phillip Island and again scored WSBK points. BMW were so pleased with his results, when they needed a third rider for the Penz 13 LeMans 24 Hour team, they called Glenn and within hours he was on a plane. The team went on to win their class and secure an impressive overall result.

On top of his racing, Glenn has been a great ambassador for the BMW brand, appearing many times at BMW car and bike dealerships, talking about racing, his junior years, injury struggles, training as well as his 3 ASBK championship titles. Many non motorcyclists have been very interested to hear about Glenn’s racing and find out more about him as an athlete and motorcycling in general.

BMW totally understand the teams tough decision to cease racing, unfortunately the local racing scene isn’t where we all would like it to be. There are no mainstream corporates lining up to put their brand on the side of a race bike. There are still two championships, diluting a small and underfunded race scene. It is a credit to the talent and determination of the local riders that so many reach world class standards from such a small racing scene. Hopefully the racing environment improves in the years to come.

BMW are very proud to have worked with Glenn, Wayne, Nathan and the whole Next Generation Motorsports Team over the last 4 seasons and wish them all the best in the future. Thanks the memories.