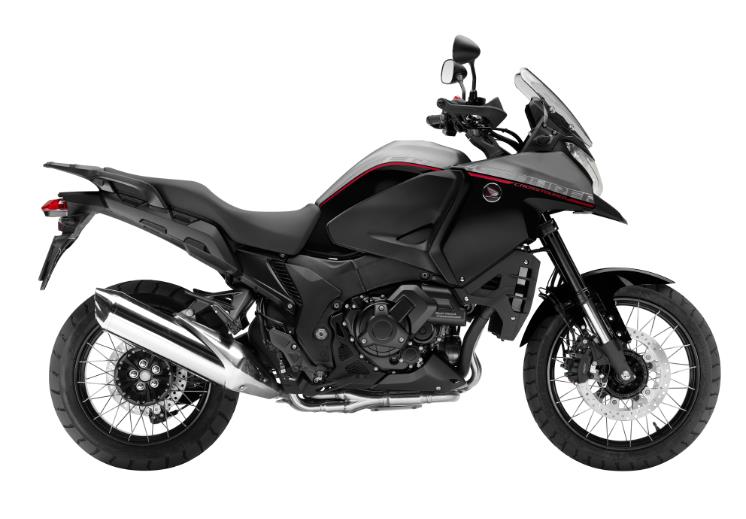 Honda’s range-topping adventure sports touring motorcycle is back in 2015.

The VFR1200X Crosstourer was first launched in 2012, setting itself apart as the best go-anywhere, do-anything machine.

Three years since it arrived on the scene, the Crosstourer continues to deliver what it had first set out to do; give the rider a sense of challenge as well as the facility to explore.

While its rugged versatility sets the standard amongst its peers, the addictive power and electrifying sound of its V4 engine make the Crosstourer truly unique in its class.

The V4 configuration is slim and compact, reducing frontal area and aiding mass-centralisation, while the ABS and Honda’s Selectable Torque Control firmly plant the Crosstourer at the high-performance end of the adventure motorcycle sector.

Underneath, the Crosstourer is designed to excel on diverse road surfaces, with the front and rear suspension offering generous amounts of controlled travel.

To match its fierce performance capabilities, the VFR1200X has a combined ABS system between the dual front 310mm discs with three-piston calipers and rear 276mm disc with twin-piston caliper. It delivers balanced braking for more stable deceleration and the extra reassurance of an Antilock Brake System (ABS).

For more information about the VFR1200X Crosstourer head to your nearest Honda Dealer, ring 1 300 1 HONDA or go to www.honda.com.au