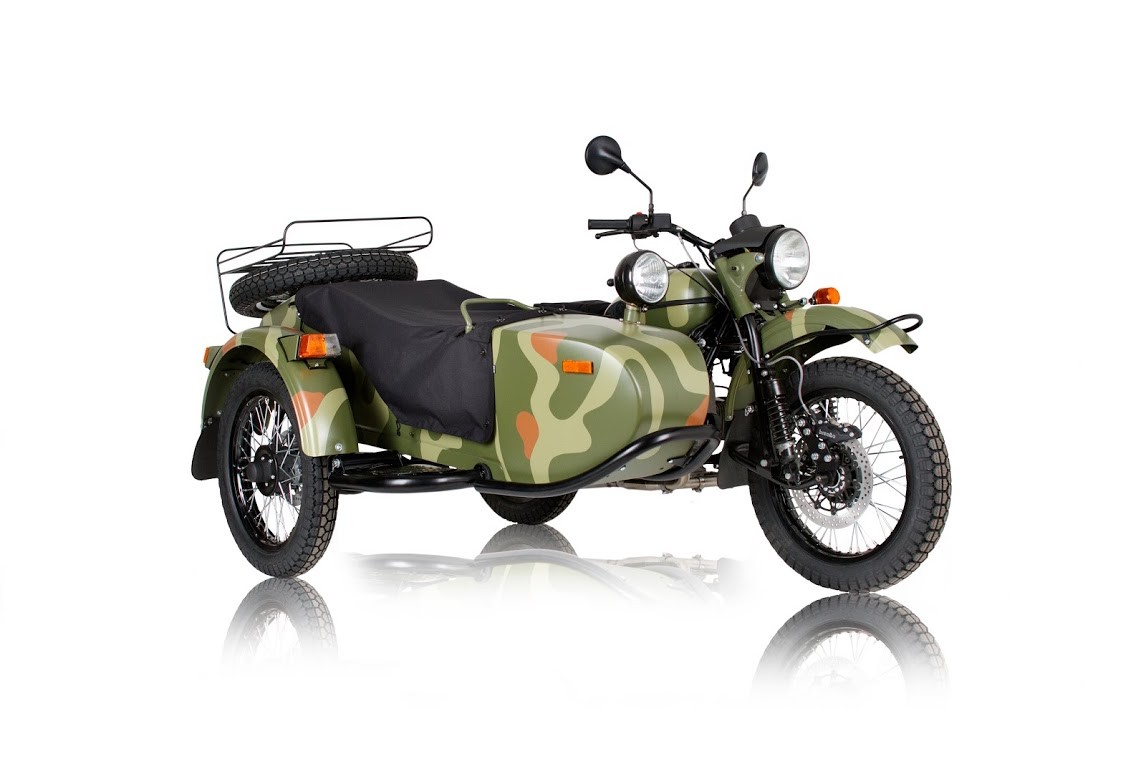 Ural Australia will be attending the Melbourne Motorcycle Expo with some of the new EFI model sidecars. The first shipment of 2015 Ural models will be arriving early in December, just days after the Melbourne show.

Since the new models of 2014 hit the road in May there has been a lot of fine tuning with over 40 new components to bed in. The mapping for the ECU’s has had upgrades using feedback from users around the world and it’s delivering the goods with great responsiveness, excellent improvement in economy and better torque right across the rev range.

For 2015, there will be some small changes. There is a new spare wheel that is easier to use on any of the three road wheels. The integrated rear and sidecar disc braking systems are now well understood and can be adjusted to get maximum efficiency.

There are some new colours as well. The forest camo colouring has been reintroduced following popular demand and it will be complimented by a new urban camo which is based on a white background. These are hard wearing powder coatings in a ‘set pattern’ coating rather than the original over sprayed pattern.

The 2015 shipment will include the long awaited return of the Retro model. The Retro model has now received its EFI upgrade and will be even more sought after as the road cruising model of preference. The new steering damper system plus the new camshaft, spin on oil filters, larger capacity airbox, all around disc brakes and the many other features that came for 2014 EFI models are now fitted to the Retro. It comes as a military look alike M70 model in Olive, or the classic Retro style in White or Maroon with the tank mounted reverse lever.