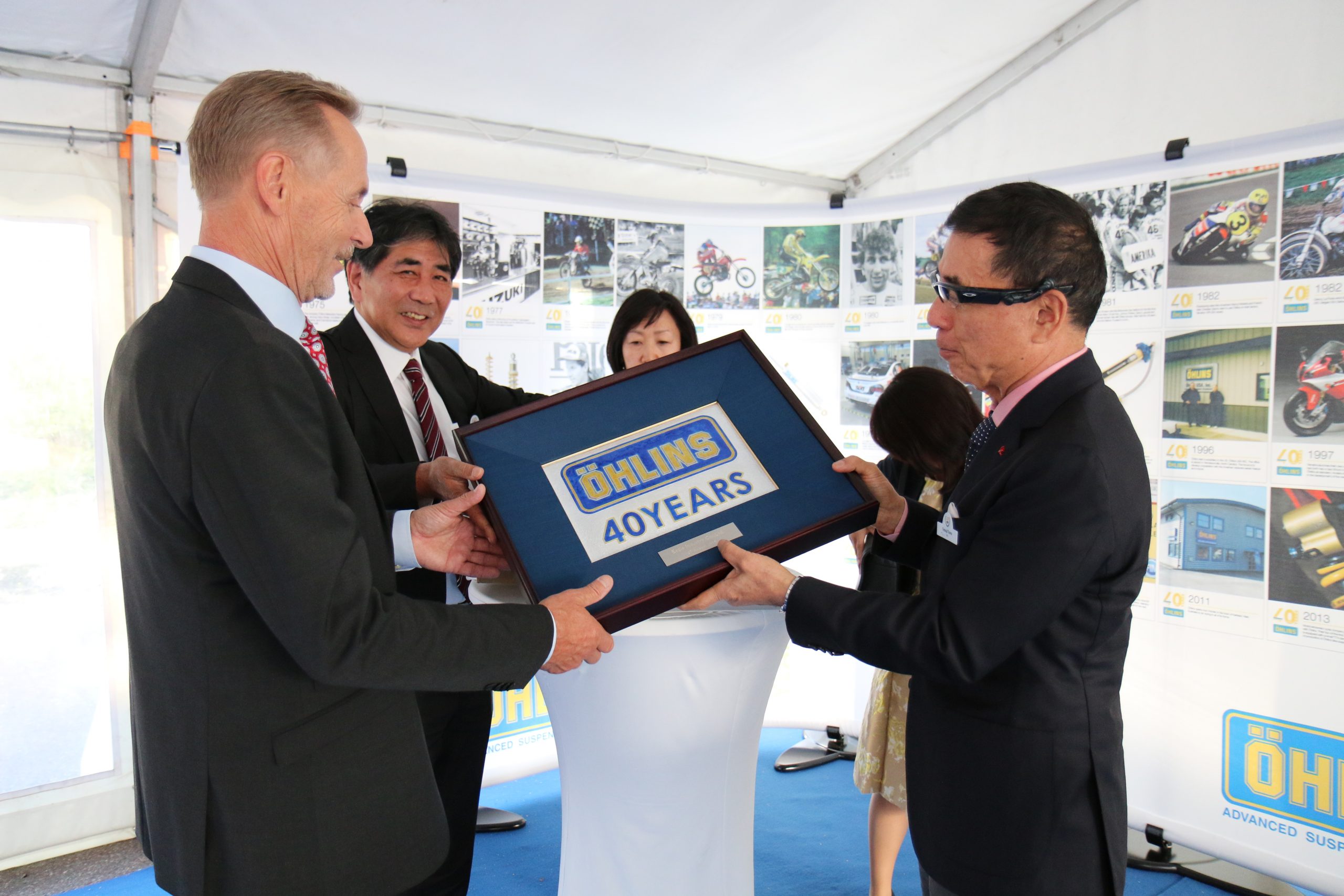 With 2016 marking 40 years since Öhlins was founded by Kenth Öhlin, the Swedish suspension manufacturer is celebrating the milestone with a raft of new products, including the racing derived FKR Cartridge kit and the Retro 43 which has been crafted specifically for the custom motorcycle market.

After 40 years as CEO of the iconic Öhlins brand, Kenth has announced he will be stepping down from the role this year but will still remain owner and board member. During the incredible Öhlins journey, which started in 1976, Kenth and his team of Swedish engineers has overseen the design and creation of countless innovative suspension products as well as an unprecedented number of Championship titles from across the globe, including most recently with Marc Marquez claiming the 2016 MotoGP title.

Developed from the track Öhlins launches at EICMA the racing-inspired FKR cartridge kit. Created using the highest technology gleaned from experience competing in Moto3, Moto2 and World Superbikes, the FKR kit is designed for high-end, top-level racing in Superstock and Supersport classes.

Completely redesigned over its predecessor, the FKR uses Öhlins TTX technology whilst a newly designed piston and an 8mm piston shaft reduces pressure build-up and creates a faster damping response. This gives the forks a more linear style of damping, which creates more tuning options as well as increase on grip and bump absorption. The Öhlins engineers also made the FKR less sensitive to shim changes, making it easier to fine tune the cartridge kit to the riders specific liking and for different race tracks.

Whilst maintaining the best Öhlins technology, the Retro 43 on the other hand has been designed specifically for custom bike builders who want to give their machine supreme suspension performance combined with stunning looks. Equipped with the familiar Öhlins Racing design in either black or the well-known gold version, Retro 43 uses the tried and tested NIX technology, featuring compression damping in the left leg and rebound damping in the right, allowing for stable damping characteristics through positive pressure build up. It also allows for more precise adjustment through the easily accessible top caps, since the separated circuits do not affect each other. The fork bottoms are delivered without brake caliper and fender mountings, enabling it to be easily adapted to various models.

Öhlins also used its 40th anniversary to reflect on its origins with the launch of a revolutionary new Motocross shock, the TTX Flow. Following several years of development, the TTX Flow can handle everything thrown at it; offering unrivalled bike stability and traction. Alongside the TTX Flow, the Swedish suspension manufacturer continued its inroads into the mountain bike world with the launch of new Air and Spring shocks, as well as new forks, at the legendary Crankworx events in France and in Whistler, Canada.

Robert Brinkmark, Öhlins Product and Marketing Manager, explains, “The 40th anniversary is a huge milestone for Öhlins and everyone at the company is incredibly proud of our achievements – both this year and historically. We’ve always led the way with innovative new products, and 2016 has been no different with the launch of the FKR cartridge kit, derived from our many years of racing success, the Retro 43 fork, which is aimed at the growing custom market, the TTX Flow and even new Mountain Bike items. Alongside those we feature on many new motorcycles as OE components, something we are very proud of.”

We also used this year to launch a celebratory book, giving fans an unrivalled insight into our successes over the past forty years and everyone at Öhlins looks forward to continuing that on in the future.”