‘Grizzly’ (real name Urs Pedraita) – the Swiss endurance biker – has begun his round the world record attempt from the USA, departing from Daytona Beach last week.

True to his name, Grizzly has been bear-like in his preparations to ride a Victory Cross Country around the world through all six continents in under 100 days (the record currently stands at 120 days). His aim is to ride with a
continuous speed with as few stops as possible and he even plans to put the wheels on the ground in Antarctica.

Over the past year Grizzly has put himself through challenging acclimatisation rides in sub-zero temperatures and he says he is now ready to flex some ‘Modern American Muscle’ on board his Victory Cross Country. While
this powerful bagger might be more used to cruising on paved highways, Grizzly shows that this kind of bike can be ridden everywhere – even on ice, snow, sand, mud and gravel.

Additional items on his Victory Cross Country include navigation systems, a 33-litre fuel tank, a customised seat with back support and two LED headlights added on the front for better visibility during his long night rides.

Grizzly’s ride and route progress can be viewed at http://www.grizzlyraceteam.ch/?page_id=1540

Grizzly will arrive in Australia next month and will be following the below route:

With his boundless energy, ability to survive on very little sleep and the ultra-reliable Victory Cross Country, we can count on Grizzly to add this attempt to his growing list of world distance riding records. 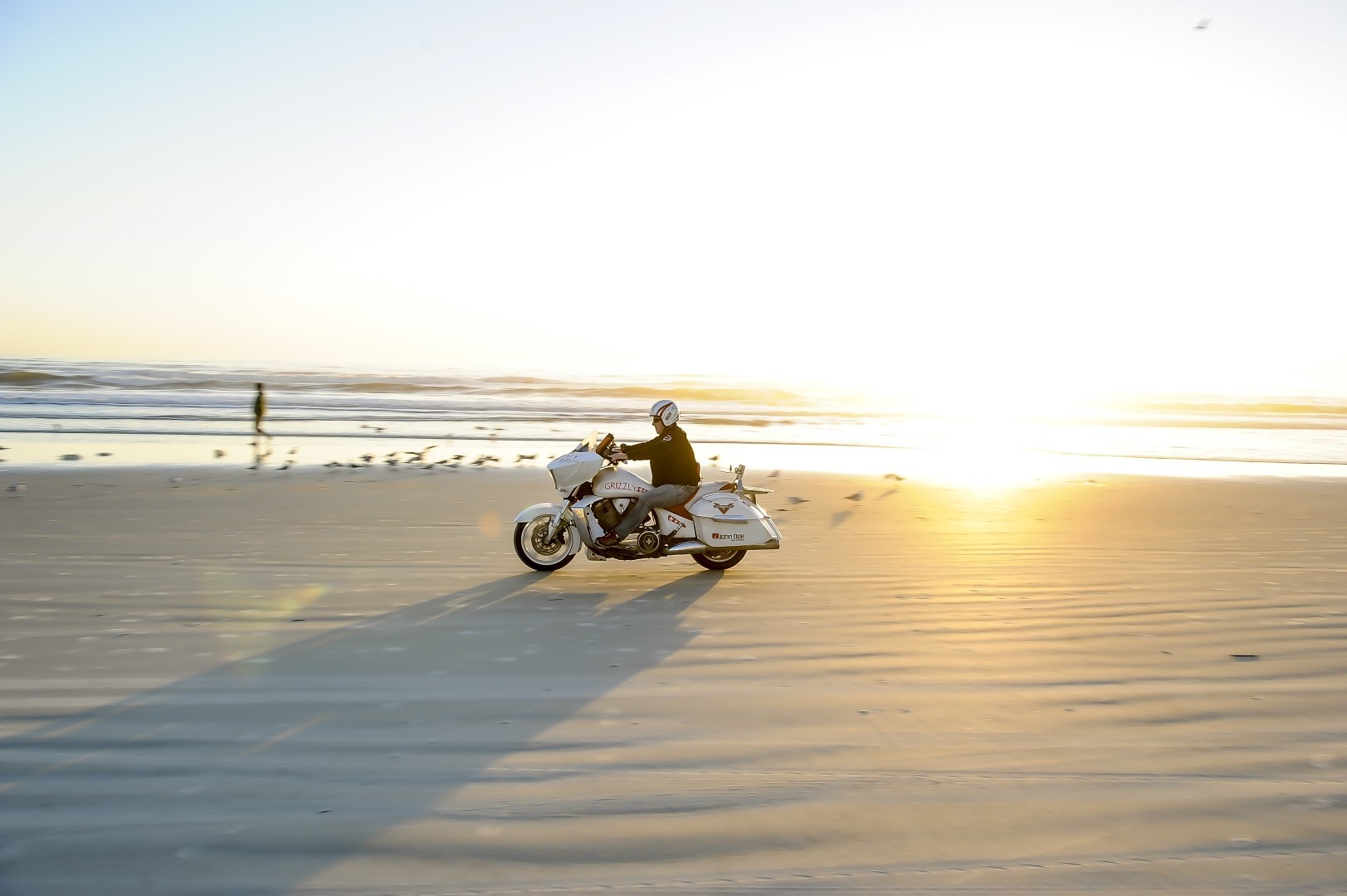