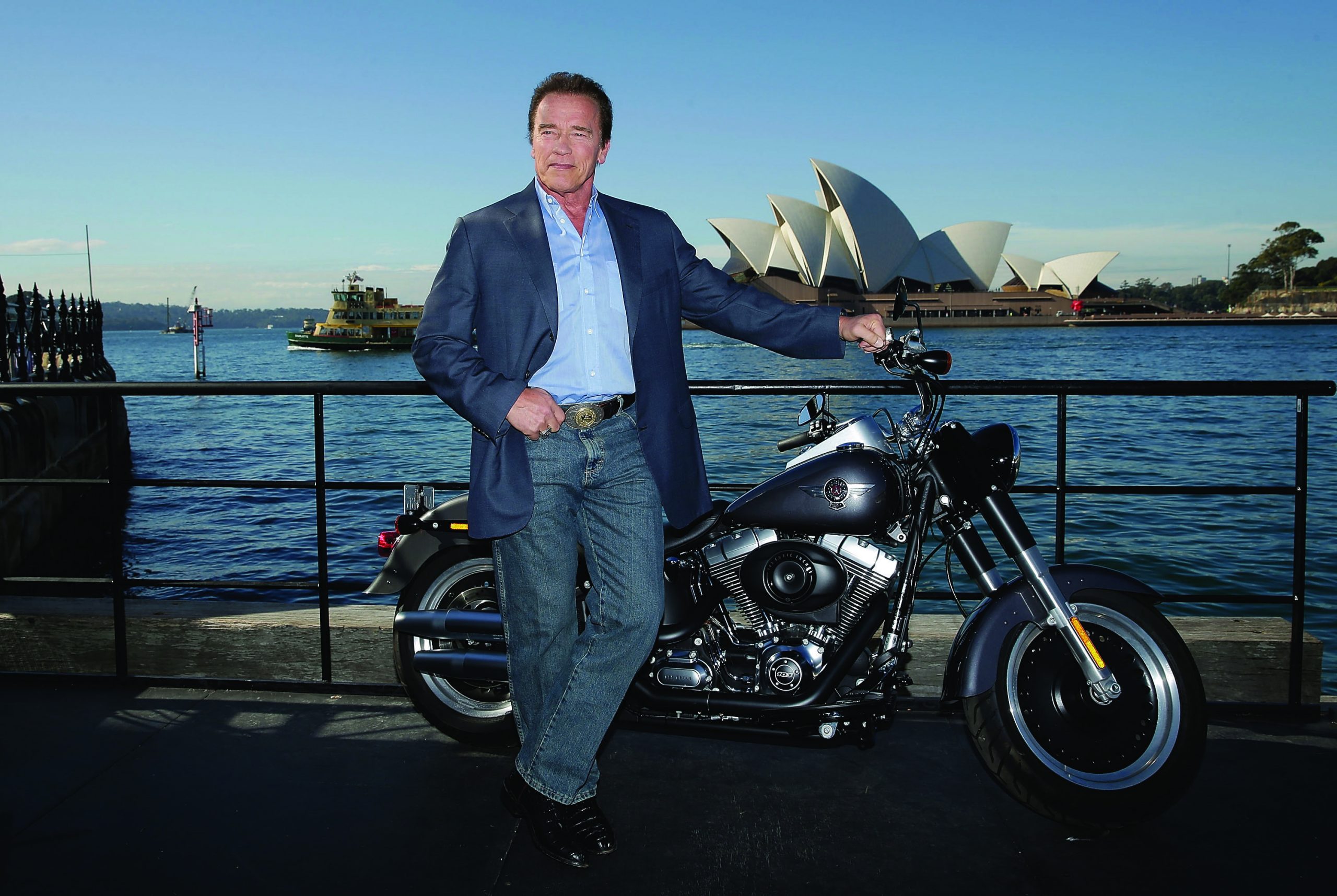 Harley-Davidson Australia & New Zealand, in partnership with Paramount Pictures is celebrating the official release of the fifth instalment of the blockbuster franchise, Terminator Genisys, set to hit screens on the 1st of July

Many will be excited to see a Harley-Davidson back in the latest film, a nod to the original Fat Boy featured in Terminator 2: Judgement Day. More than two decades later, motorcycle enthusiasts around the world still revel in the iconic screen moment made famous by Arnie’s spectacular jump.

Testament to the scene’s significance in Harley-Davidson film history and coinciding with the official launch of the Fat Boy model, the 1991 movie sparked an unprecedented increase in the bike’s sales.

“There is no denying that Arnie played a major role in driving interest in the Fat Boy over the years. At the time of the movie’s release, dealerships across the country received a ton of requests demanding the bike that Arnie had so famously ridden,” said Adam Wright, Director of Marketing for Harley-Davidson Australia & New Zealand.

“We’re excited to see Arnie back in action in the latest film and it was quite a thrill to have him here in Sydney promoting the release,” continued Wright.

To celebrate the legacy of the Fat Boy and release of Terminator Genisys, Harley-Davidson Australia & New Zealand, in partnership with Paramount Pictures and Network TEN, are giving one lucky viewer the chance to win an all new Fat Boy Lo of their own. The promotion will run on the TENplay website from 15th June through 28th June.

Additionally, from Sunday 14th June through to Sunday 21st June, customers registering for a test ride on any Harley-Davidson model via h-d.com.au will also have the chance to win one of 60 Terminator Genisys prize packs which includes a portable charging power pack, laser keyboard and a double movie pass with a recommended retail value of $270.

Burke & Wills Expedition. An Adventure Ride 155 Years In The Making