Australian international racing motorcyclist Eric Hinton passed away peacefully in Sydney’s Westmead Hospital today, December 17th, surrounded by his family. He was 81 and had been in full-time care for several years with Parkinson’s disease and the effects of a stroke.

Prior to his illness, Eric and wife of 56 years Kathleen had lived in Baulkham Hills for 40 years and raised sons Peter and Tony.

Eric Hinton was the middle of three sons of Australian motorcycle racing legend Harry Hinton Snr and a toolmaker by trade. He was a multiple Australian TT and Bathurst winner and first travelled overseas in 1956 as a member of Australia’s official Isle of Man TT team. His nine-year international career included winning the 1959 Czech Grand Prix.

After returning home from Europe in 1969, Eric continued racing locally until the early 1970s, then helped prepare winning machines for younger brother Robert, and later for his sons.

He is survived by brother Robert, wife Kathleen, sons Peter and Tony and 4 grandchildren. 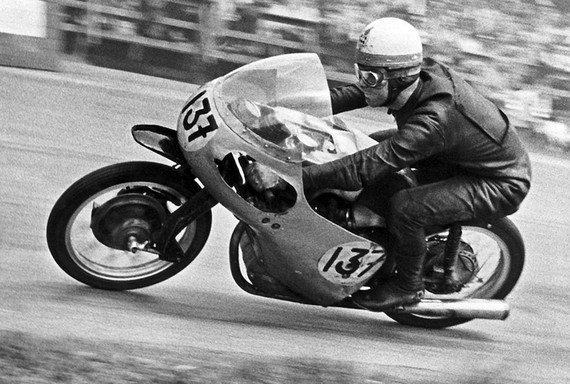