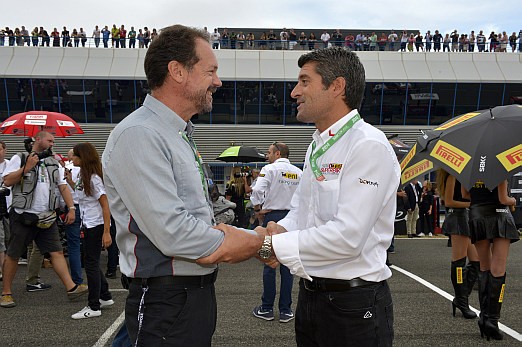 Pirelli has been confirmed as the Official Tyre Supplier for all classes of the eni FIM Superbike World Championship having won the tender organized by Dorna, promoter and organizer of the World Championship, in agreement with the FIM, the International Motorcycling Federation.

The agreement confirms Pirelli in its current role of sole tyre supplier for all the classes of the FIM Superbike World Championship until the end of the 2018 season.

Starting in the 2004 season, and now in its eleventh year, the technical partnership established between Pirelli, the teams and riders of the eni FIM Superbike World Championship can today boast the record of the longest running control tyre supplier in the history of motorsports at international level. Established with the primary purpose to reduce the overall cost of running the championship, the single tyre formula proposed by Pirelli has steadily increased quality and competitiveness, enabling all the riders, teams and motorcycle manufacturers participating to compete for success in the Championship.

This renewal confirms the leading role in motorsport played by Pirelli – which since 2010 has been the Exclusive Tyre Supplier for the FIA Formula One World Championship®. This represents a strong continuity with the business strategy that has enabled the Italian tyre company to establish itself as a benchmark in the Premium segment as well as in racing and supersport tyre production.

Honda GL1800 Recall in America and Canada Only