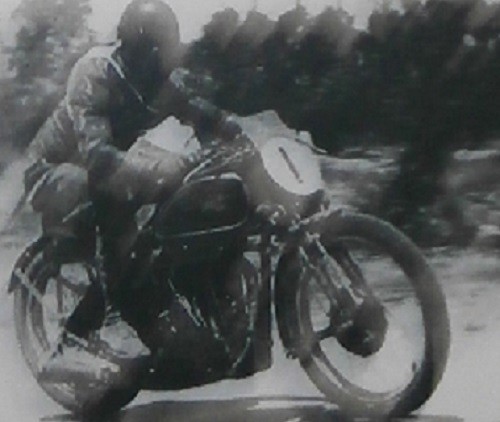 Explore one of the best examples of colonial history afresh when Hartley Historic Site holds its annual Back to Hartley family fair on Sunday, October 25.

Be entertained with live music by Lithgow Folk Club; take a trike or pony ride; have a close encounter with a furry friend at the petting zoo; make a fire poker with metal artist Ron Fitzpatrick at Talisman Gallery; and hit a bullseye at the archery.

There will be the Galloping Gumnut travelling playgroup for pre-schoolers, face painting, sheep shearing, a reptile show, locally-made handmade arts and crafts stalls, vintage cars and dancing demonstrations. New this year will be a rock climbing wall.

This year’s Back to Hartley will also commemorate the first 100 mile motorcycle race in the Hartley Valley and motorcyclists are invited to submit their bikes for judging by Lithgow Motorcycle Club with a range of prizes and categories up for grabs.

The Hartley Vale Circuit was originally marked out on public roads in 1915 just south of Lithgow. The circuit was first used by the Sydney-based Canberra Motorcycle Club to hold its first annual 100 mile race. The circuit was 6km long and a gravel surface. Racing was conducted in a clockwise direction and later controlled by Western Suburbs Motorcycle Club. It closed in 1936.

Hartley Historic Site manager Steve Ring said funds raised from the day would go towards Paxton – MPS Journey to help pay for treatment for Lithgow one-year-old Paxton who was diagnosed with the rare and incurable MPS II disease also known as Hunters Syndrome when he was nine months old.

“Back to Hartley is a good chance for NPWS to work with the community to raise funds for a local charity or causes we both feel are important. This year we are pleased to be helping young Paxton.’’

Hartley Historic Site is managed by National Parks & Wildlife Service (NPWS) and buildings tell the story of the village from the 1837 Greek Revival courthouse to Corneys Garage built in 1945 of timber and iron.

The settlement began when a need for a police centre in the Hartley Valley led to the construction of Hartley Court House in 1837.

During the next 50 years a bustling village grew around the courthouse, the judicial and administrative centre surrounded by churches and accommodation, a post office and staging facilities.

The village served travellers and settlers west of the Blue Mountains until it was surpassed by the Great Western Railway in 1887 and became stagnant and fell into decline.

In 1972 the village was declared an historic site under the management of NPWS.

“We have recently completed many improvements and added new attractions to the site including an Aboriginal art gallery, café, the Kew-Y-Ahn walk and modern toilet facilities, new gardens and fences,’’ Mr Ring said.

He also encouraged visitors to explore the wider region.

“If you’re coming from Sydney, travel up the Great Western Highway and see the Blue Mountains, spend the day with us at Back to Hartley, then drive into Lithgow and head home via the Bells Line of Road through the Hawkesbury to experience the World Heritage Area from a very different perspective.’’

Visitors can choose from a range of accommodation and dining options in the Lithgow area.

Go to lithgowtourism.com for more information.

Ducati 2016: Taking the Market by Storm