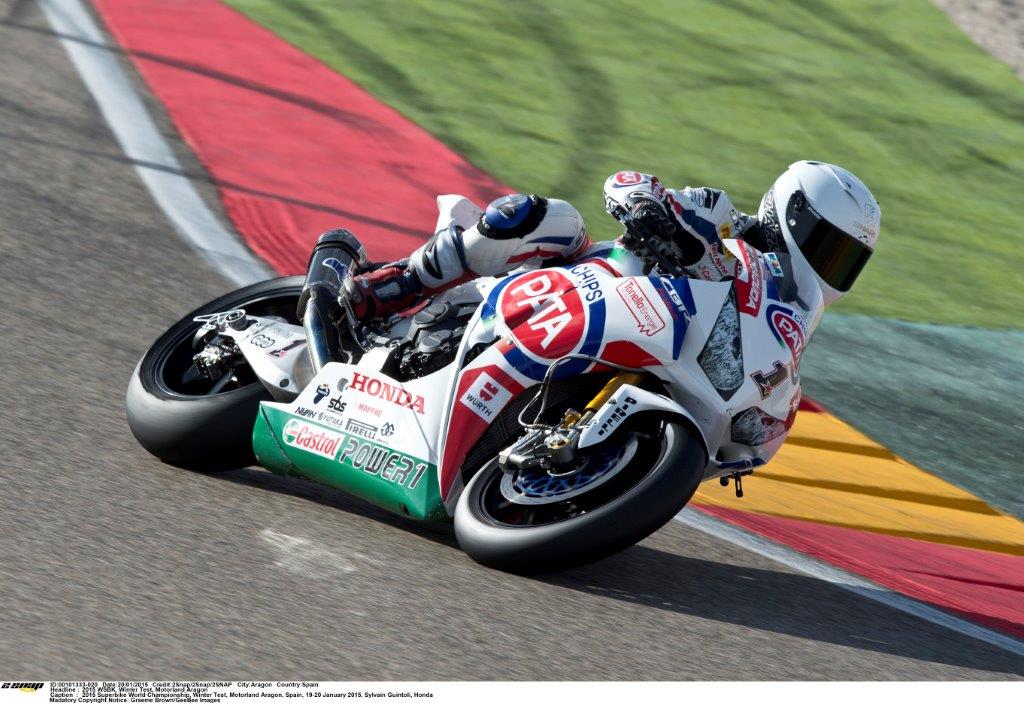 The provisional entry list for the 2015 Superbike World Championship announced overnight, sees a tantalising mix of proven race winners, experienced campaigners and exciting new talent, set to launch their seasons in just three weeks at the opening Phillip Island Swann round from February 20-22.

And in world supersport, Australia will enjoy a permanent presence with New South Welshman Glenn Scott set to campaign a Honda under the AARK Racing banner.

Twenty-six riders from nine different countries have been named on the WSBK entry list, spread across eight different manufacturers: Aprilia, BMW Motorrad, Ducati, EBR, Kawasaki, Honda, MV Agusta and Suzuki. Leading the charge will be current world champion Sylvain Guintoli, but he’ll be defending his No. 1 plate on a Pata Honda after leaving Aprilia at the end of his stellar 2014 season.

The man the UK-based Guintoli overran in the final round of 2014, Tom Sykes, remains under the factory Kawasaki Racing Team awning in 2015, but now alongside a new teammate in the form of fellow Briton Jonathan Rea.

Combined, Sykes and Rea have 38 world superbike victories to their name, and undoubtedly shape as the most potent combination in 2015. A recent two-day test at Jerez in Spain only confirmed that, with Sykes and Rea second and third on the timesheets behind Aruba.it Racing Ducati’s Davide Giugliano.

Giugliano’s teammate Chaz Davies was fourth ahead of Leon Haslam (Aprilia Racing Red Devils) and Alex Lowes (Crescent Suzuki) – the redoubtable Briton set to be one of the big improvers in 2015 with a year of intense WSBK competition now under his belt.

It wasn’t the best of outings at Jerez for Guintoli however, who crashed early on day one and suffered ankle and shoulder injuries, but he’ll be okay to begin his defence at Phillip Island on February 22. In 2014 Guintoli shared wins at Phillip Island with former Suzuki rider Eugene Laverty.

Meanwhile, Giugliano looks to be in strong form ahead of the Aussie opener, and he should be one of the big improvers in 2015 alongside former British superbike champion, Lowes.

“We’ve been able to test a lot of small things calmly and methodically,” Giugliano said after setting the fastest time at Jerez. “I’m really pleased that, together with the team, I’ve been able to find good feeling with the bike, something that I hope remains unchanged in the next tests that we’ll carry out at Phillip Island before the races. We’ll continue to work however, so as to be as prepared as possible for the opening races.”

De Puniet and van der Mark shape as the sharpest of the new brigade, with the former an ex-Moto GP rider and van der Mark has a victory in the Suzuka 8-Hour to his name on the same capacity Honda he’ll race in 2015. Van der Mark was the fastest of the rookies at Jerez.

Pegram is one half of a new two-rider team for EBR, with impressive Italian Niccolo Canepa joining him as the American marque looks to make a quantum leap in competitiveness this year. Canepa set some reasonable lap times at Jerez testing, which will buoy the team ahead of the next official test session at Phillip Island on February 16-17 ahead of the season opener.

Other experienced riders on the grid in 2015 include David Salom (Pedercini Kawasaki), Leon Camier (MV Agusta Reparto Corse), Sylvain Barrier (BMW Motorrad Italia), and the pairing of Toni Elias and Ayrton Badovini under the all-new JR Racing Team banner which will campaign the new BMW S 1000 RR from round two in Thailand.

Aprilia, Ducati and MV Agusta have also updated their hardware in 2015, as the entire grid races under standardised rules which will combine Superbike class chassis with Superstock-spec engines.

In world supersport, 24 riders will be on the grid full-time in 2015, with Scott to make his championship debut in front of his home crowd at Phillip Island. Scott, from Mangrove Mountain on the NSW central coast, joins the world scene from domestic racing in Australia, where he was one of the leading privateers in the 2014 Australasian Superbike Championship.

World superbikes at Phillip Island is a three-day event (February 20-22), kicking off Friday morning with racing till Sunday late featuring world championship classes of World Superbike and World Supersport and a host of national support classes include Superbike,  Supersport and Moto3/ 125GP.

Early purchasers are treated to a super-priced superbike deal, so book now for the best value.   A three day pass is $110* or Sunday only just $75*, and cart along the kids, because 15 and under are free.   Bring your bike as ticket holders can ride around the circuit grounds and park up at a favourite viewing mound to watch the action.

For a great accommodation option, try camping trackside at just $90* per adult for up to four nights.  Children 15 and under are free.

Corporate ticket options are also available from $599 for three days, with corporates also gaining exclusive access to the final pre-season test on February 16 and 17.