Honda has announced the new 2015 VFR800X Crossrunner, boasting a host of changes and new features, confirming its position as a premium adventure sports tourer.

At the heart of the machine remains its VTEC-equipped 90° V4 DOHC 16 valve engine, which now offers increased low and mid-range torque for flexible, effortless drive plus increased peak power of 78kW, delivered at 10,250rpm.

The Crossrunner is a true VFR – a motorcycle designed for hard riding fun, but with style, comfort and practicality. Accordingly, the seat is now adjustable, offering two height options as well as 5-stage heated grips and Honda’s self-cancelling indicators are both fitted as standard. New full LED lighting adds a distinct presence and premium finishing touch.

The VFR800X Crossrunner will be available in Candy Arcadian Red or Pearl White and will be in dealership January 2015 for a Manufacturer’s List Price of $14,499. 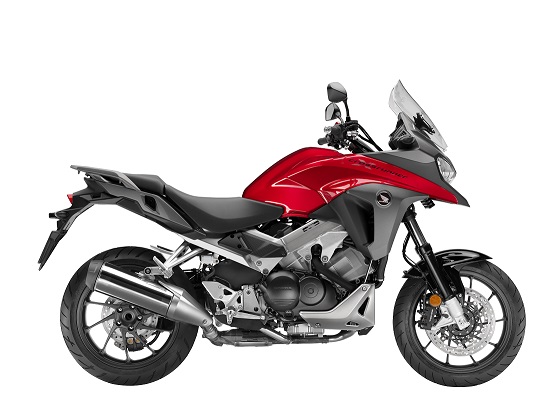