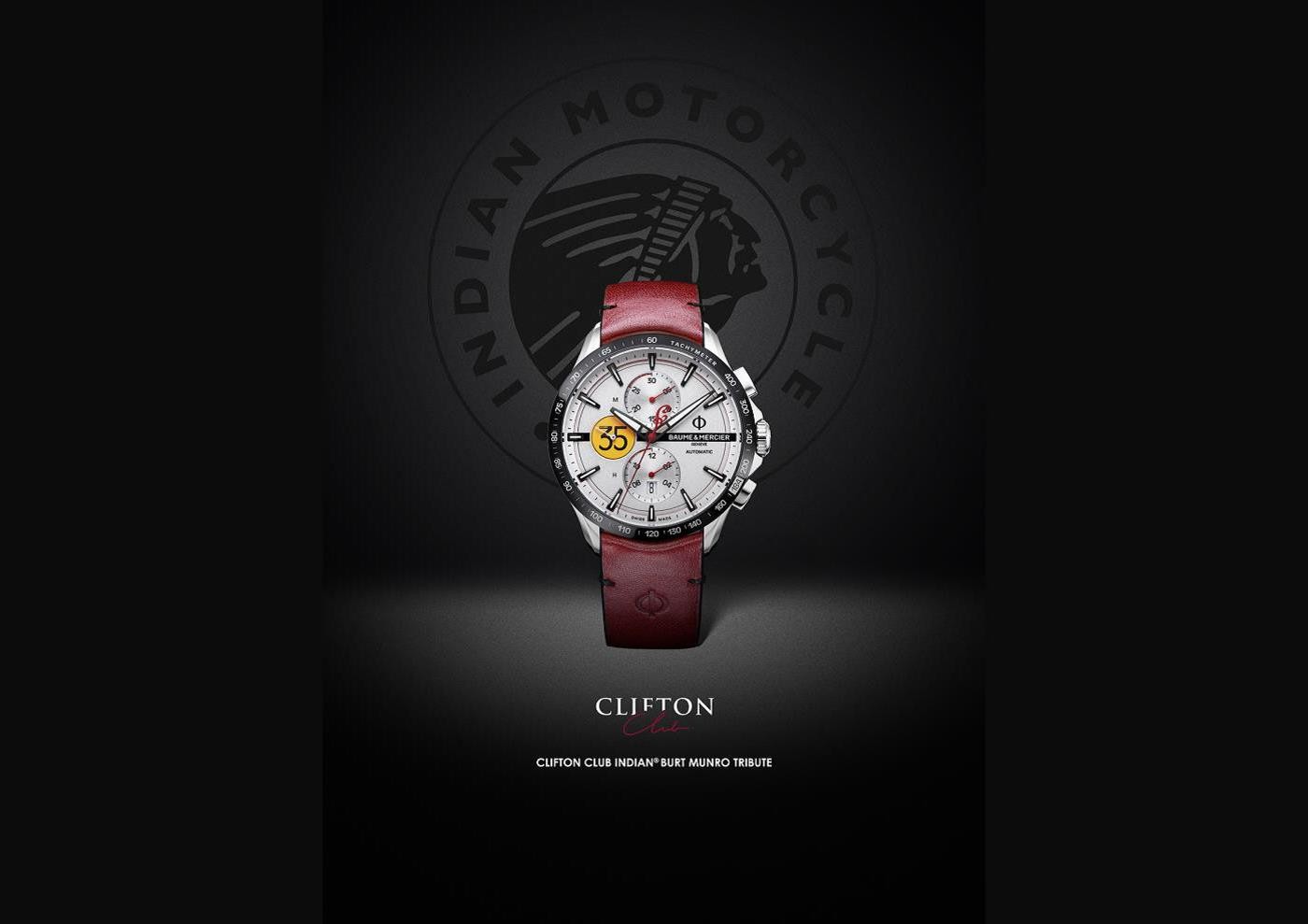 Burt’s great-nephew Lee Munro continues to honour his legacy on a specially developed Indian Scout based streamliner, the Spirit of Munro. Alongside the Indian Motorcycle engineering team, Lee is attempting to break into the 200-mph club at the 2018 Bonneville Speed Week in August. His previous attempts saw him hit 191.286mph at last year’s event.

To celebrate the extraordinary history of Burt Munro, his family and Indian Motorcycle, Indian Motorcycle Australia and Baume & Mercier will be giving away 1 x Clifton Club Indian Burt Munro Tribute watch valued at $5,500 and limited to just 1,967 worldwide. Plus, a return trip for x 1 to the launch party in Melbourne to accept the prize. The competition is being run through Facebook from 2nd – 22nd August 2018 and requires entrants to submit a creative photo of themselves with an Indian Motorcycle or product. The winner will be judged by Indian Motorcycle at 5pm August 22nd, 2018.

Triumph And The Distinguished Gentleman’s Ride 2018