The Moto Guzzi V7 II has arrived in Australia 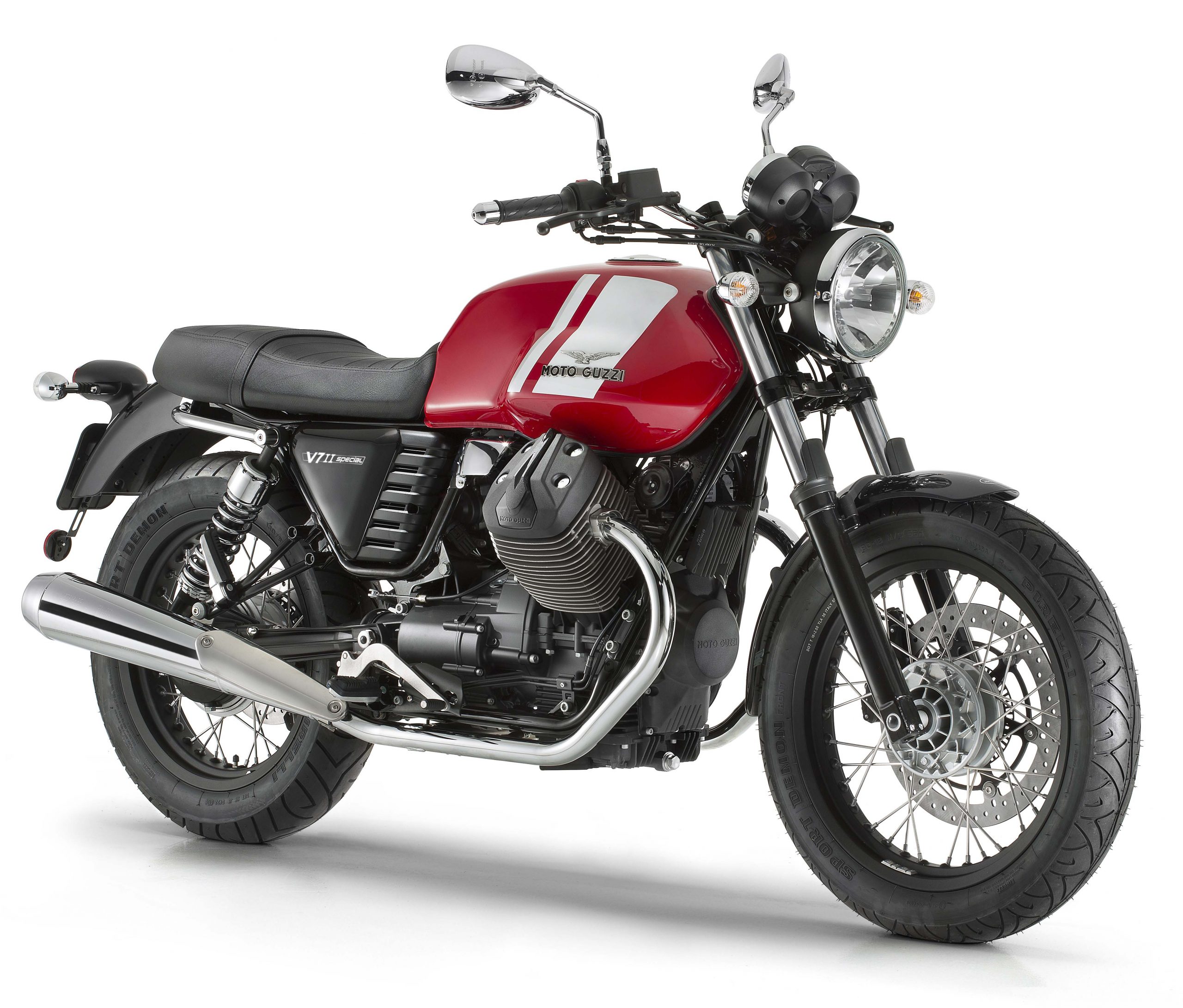 The 1960’s was an era most noted for revolution, which is exactly what the Moto Guzzi V7 represented when it was first released in 1967. In the spirit of the 1967 model, the new Moto Guzzi V7 II once again changes everything whilst remaining true to the original heritage and style that has made this model infamous.

Customisation
Along with the launch of the V7 II, Moto Guzzi have released a range of accessories which allow the customer to customise their motorcycle. The new accessories will be available as kits based upon four distinct styles: Dark Rider, Scrambler, Legend and Dapper. Customers will have the option to purchase accessories individually should they wish to create their own unique motorcycle with its own unique style. All accessories are adaptable to the each V7 II model.

Scrambler Kit: These accessories have been designed to create a vintage off-road style. The accessories that make up the Scrambler Kit include satin finish mudguards, number plates and guards. A high two-in-one exhaust along with cross brace handle bar, off-road foot pegs, leather side bags and a tool bag have also been included to finish the Scrambler style.

Legend Kit: These accessories have been designed to recreate Moto Guzzi history, the Legend is a modern interpretation of the Moto Guzzi Alce, a bike used by the Italian Army. The accessories that make up the Legend include a dark satin finish high “two-in-one” silencer, olive green fuel tank, side fairings and mudguard. To finalise the Legend Kit a cross brace handlebar, black luggage rack, larger seat and natural leather side bags have also been included.

Daper Kit: These accessories have been designed to create a Café Racer. The accessories that make up the Daper Kit include polished aluminium mudguards, injector covers, guards and number plates. Low handlebars, a single seat and handlebar mirrors finish have also been included to compliment the Café Racer style.

For those riders that appreciate individual style and classic thrills the new Moto Guzzi V7 II is a bold motorcycle which is sure to ignite your passion.

Ducati Scrambler Performance (Ingredients) Coming to an Authorised Dealer Near You!