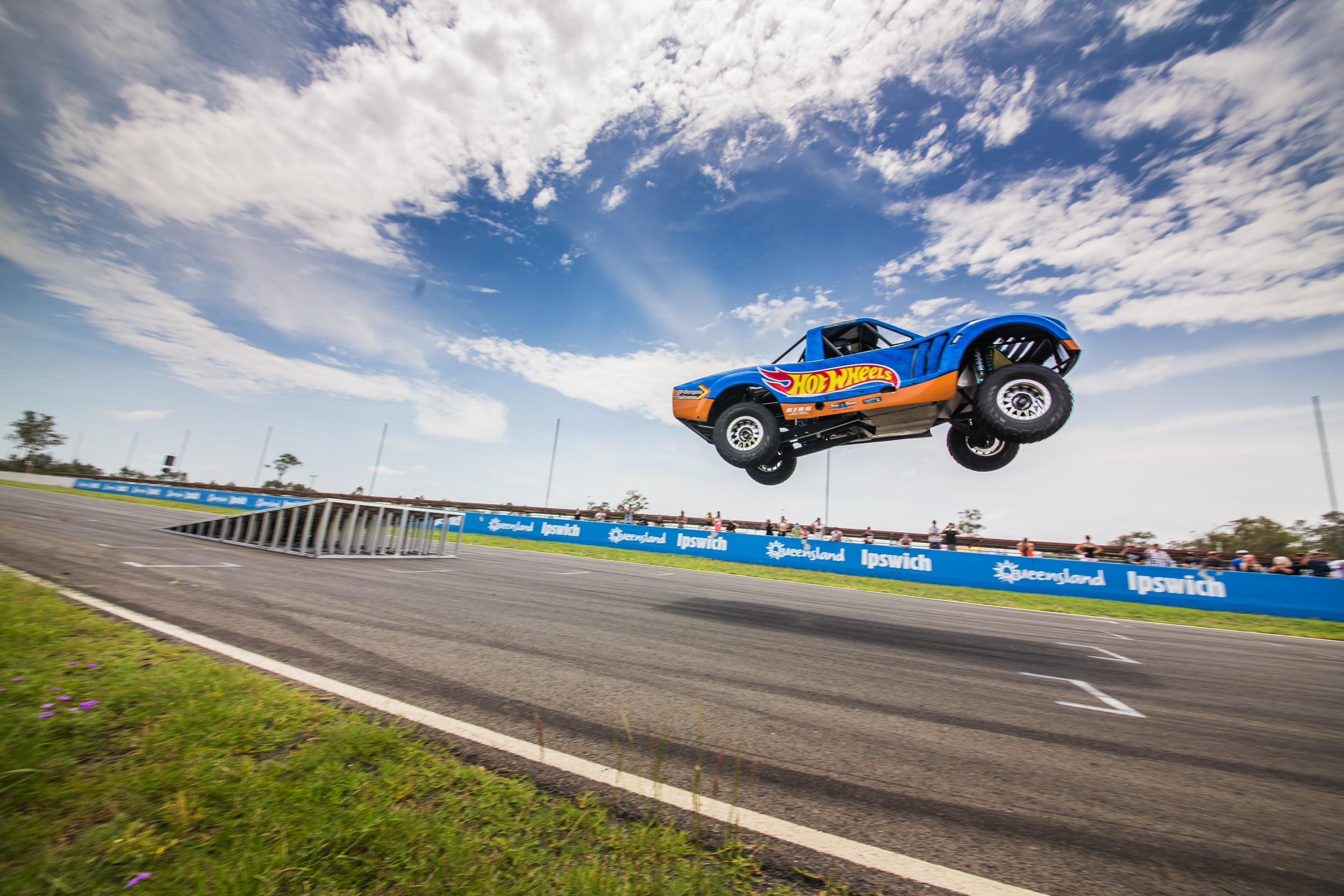 Mingay, who is renowned for his stunt work in movies such as Mission Impossible, will light up the track on-board his Harley Davidson 1200 Nightster and get airborne in the all-new Hot Wheels Jump Truck.

Anyone who purchases a ticket online before 9.00pm on Wednesday 14 January will go into the draw to win a ride in the Hot Wheels Jump Truck alongside Mingay at the event.

“I am really excited to be kicking the new year off with the brand new Hot Wheels Jump Truck at an event which feature some of the motorcycle racers I looked up to as a kid.” Mingay said.

“This jump truck is the first of its kind in Australia and only made its debut in December. It is sure to be a big hit with the kids when it launches 40 metres off the ramp.

“It really is my very own, life sized Hot Wheels toy,” Mingay added.

It will be a particularly busy event for Jack Field who will juggle racing commitments and a series of freestyle trials shows. Field is competing in the All-Stars class of the Troy Bayliss Classic for the first time.

“I am really looking forward to stepping out of my confort zone this weekend,” Field said. “I can’t wait to be on the flat track bike and throwing it sideways with a whole lot of insanely talented riders in the All-Stars class.

“In between races I will be back on the trials bike putting on freestyle shows throughout the day.”

Media are invited to attend a special preview of the Motul Pirelli Troy Bayliss Classic at 1.00pm on Thursday 15 January at Taree Motorcycle Club.

Tickets to the 2015 Motul Pirelli Troy Bayliss Classic presented by InsureMyRide & Garden Master are on sale now via www.troybaylissevents.com