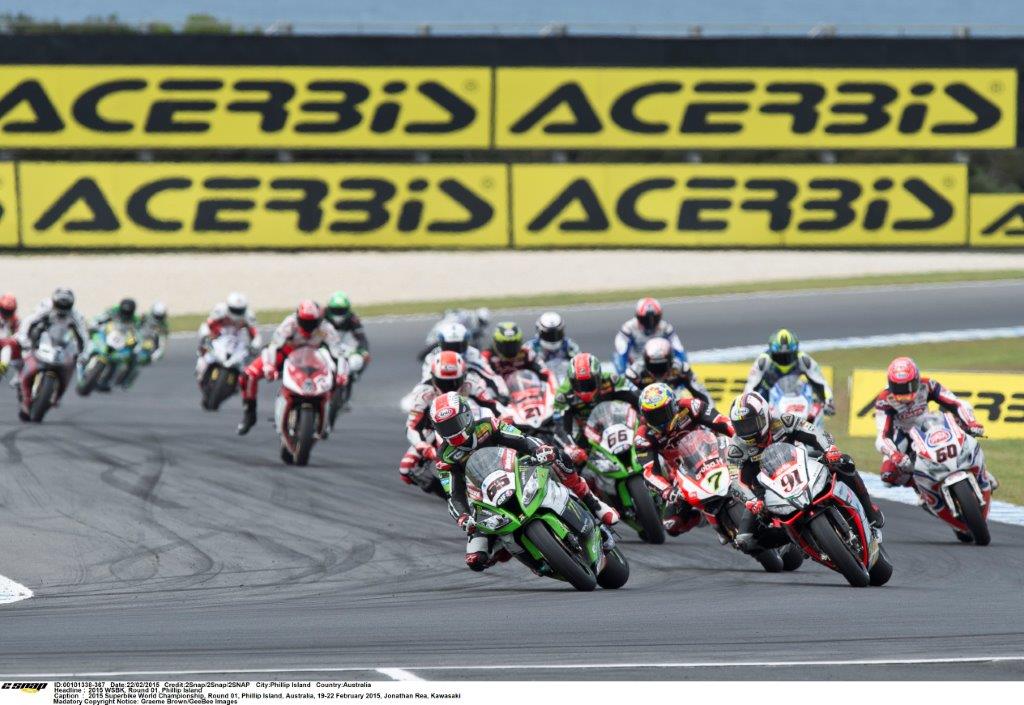 Australia will once again launch the Superbike World Championship, with the opening round for 2016 awarded to Victoria’s Phillip Island Grand Prix circuit and slated for next February 26-28, 2016*.

The 2016 event is set to be another Phillip Island scorcher, with the Kawasaki duo of Jonathan Rea and Tom Sykes set to be on updated ZX-10Rs, Ducati now back to the peak of its powers with tough-as-nails Briton Chaz Davies, Leon Haslam back on an Aprilia, and Honda powering former world champion Sylvain Guintoli and up and coming Dutchman, Michael van der Mark.

Throw in riders like Alex Lowes, Jordi Torres and a fully fit Davide Giugliano, and it’s a recipe for another island speed spectacular.

Backing world superbike will be the world supersport boys kicking off their 2016 campaigns plus Australia’s leading road racing classes.

Phillip Island is revamping their campground to include powered sites and the new layout means Go Karts will operate all world superbike weekend for some extra fun.

There’s plenty of high-horsepower plans afoot, so plan now for a summer weekend away with mates next February at the supers – all at a totally affordable price.