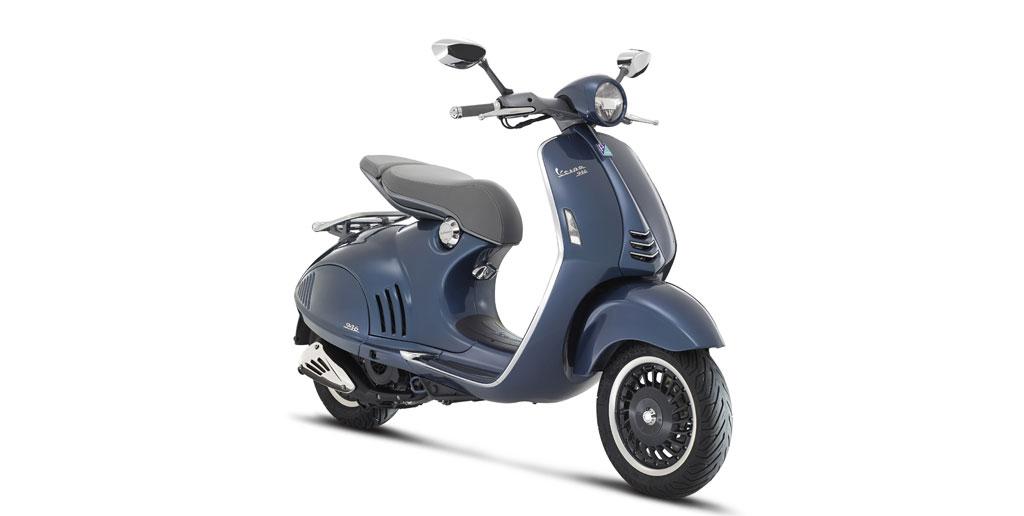 Visitors to the Vespa Piaggio stand are in for a big surprise when the Melbourne Motorcycle and Scooter Expo kicks of this Friday. Vespa Australia have confirmed they have pulled all stops to get the latest 946, stylishly named ‘Bellissima’, onto the Vespa stand for Australia’s first peek at the amazing new model. ‘Bellissima’ is the second edition of Vespas unique 946 design and is limited to 40 units, most of which are expected to be snapped up by collectors. Features of the new model include the 150 3V and two stunning new colours, Metallic blue and Metallic Silver. It will be a huge coup for the brand if they get the new 946 into the country in time for the 3 day event with Vespa Australia saying they are very confident it will be unveiled on Friday.

Piaggio and Vespa are the two best selling scooter brands in the country with over 32% market share and Piaggio management will be in town to have a close look at the local market with the companies Asia Pacific General Manager Simone Nicolai expected to visit the stand to unveil the 946 at 12:10PM and discuss all things Vespa and Piaggio.

Also expected to draw plenty of attention will be the recently arrived all new GTS 300 Super Sport ABS in striking matte black paint work. Vespa sales have increased over 16% this year on the back of a totally new Vespa line up all of which can be seen at the show including the GTS 300 Super, GTS 250 and 150. The classic Primavera and sporty Sprint models will add a dash of colour; while ;sentimental favourite, PX 150 is expected to draw in the Vespa purists

On the Piaggio side expect plenty of interest in the new Liberty S 150 which will be unveiled for the first time at the show also. Liberty S 150 takes Piaggios popular tall wheeler in a new direction with totally new styling with an edgy Matt grey colour scheme. The full Piaggio range will be showcased including the amazing 3 wheeled Yourban 300, the brilliant BV350 and the technically advanced X10 500. The show is also a great opportunity to size up Australia’s number 1 selling scooter, the FLY 150 i.e.