The first round of KTM Australia’s Adventure Training Series concluded at the weekend with 55 orange adventurers having brushed up their skills and trail craft under the sage guidance of some of the biggest names in big bike riding and racing.

The series took place across three states, with weekends at Woodford (Qld), Bowral (NSW) and Dixons Creek (Vic) with a format jam-packed with adventure riding skills, navigation training and of course socialising with like-minded adventurers.

The sessions were open to all orange adventure riders with KTM Adventure / Super Adventure machines, or enduro models over 640cc.

Participants were treated to many spectacular examples of how unbelievably off-road capable KTM’s Adventure bikes really are, in the hands of riders such as Kiwi hard-enduro ace Chris Birch – who had his KTM 1190 Adventure R eating out of his hand at every opportunity.

Multiple Aussie enduro and Finke champion and two-time Dakar entrant Ben Grabham put a KTM 1290 Super Adventure through its paces while helping out the group.

As approachable as he is fast, Grabbo was always happy to share his broad experience with riders interested in his many and varied career exploits.

“I really enjoyed being involved,” said Grabbo. “when you look at the adventure bike market, there’s such a wide variety of guys from young guys to old, beginners to guys that, like me – have raced their whole lives and now choose to cruise around the country and see the sights.”

Series Coordinator Rosie Lalonde was extremely pleased with the success of the inaugural adventure training series.

“Chris and Nick were incredibly knowledgeable and helpful with everyone. And it was great for riders to meet Ben and see him ride, plus on the Friday nights the riders could talk to him about his Dakar and other racing experiences, so it was really cool to have the guys hear direct from him.

“KTM’s Orange Adventure events are ramping up, first with our Snowy Mountains Adventure Rally in March and then also with our next training course and two-day adventure ride which we will announce details of soon.”

Feedback from the participants in the inaugural KTM Australia Adventure Training Series was a glowing shade of orange:

“Everyone was so approachable; great teachers / communicators not to mention highly skilled. Listening to Ben and Chris talking about some of their racing experiences with Dakar and other events was just fantastic. KTM have done a great job to assemble a great team, you are all a class act!! – Greg Warner

“You have put KTM on the map for adventure in Australia – Your team of expert hard working professionals gets a MASSIVE TICK!!!” – Helmut

“I appreciate that both Chris and Nick took time out of the group to personally work with me on some of the techniques that I had troubles with. It was a fun atmosphere to be in and well planned event the lodgings were great as was the amount and quality of food.
“I’d recommend these training packages to anybody that was thinking about it” – Dave Wouters

“What a great weekend, thank you to Chris and Nick for the great advice, Ben and Ben for their help, Barnesy for the wheely exhibition and Rosie for cheerfully bossing every one about. Do this training series if you can! – Greg Limpus

To get an idea of what the KTM Adventure Training Series was all about, check out a two-part video from MAD TV showcasing our NSW course » http://www.ridektm.com.au/events/video-what-the-ktm-adventure-training-series-is-all-about/ 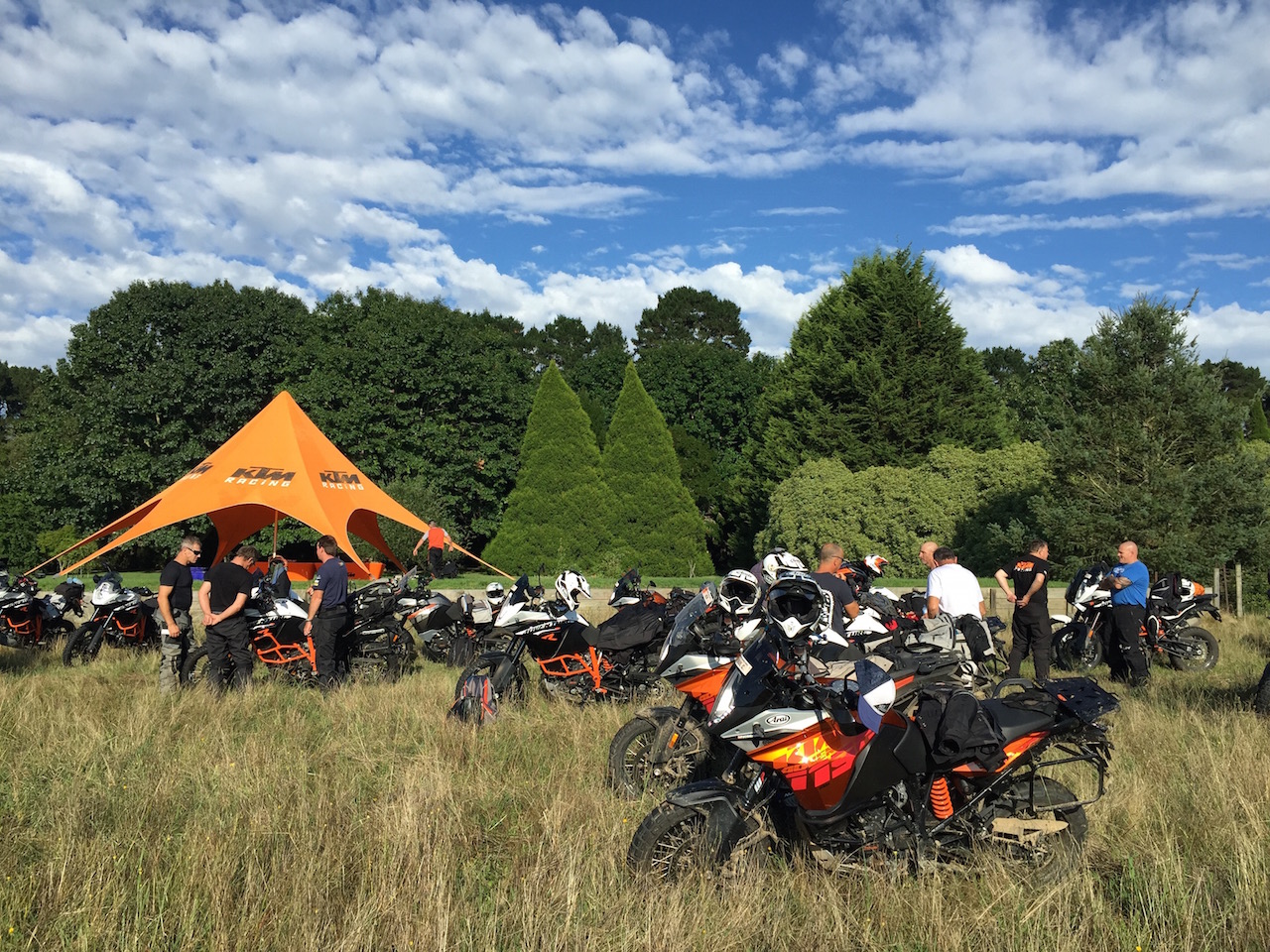