The original Harley-Davidson® Low Rider® model pushed the limits of a factory-custom motorcycle. Now, Harley-Davidson delivers a new generation of performance and blacked-out style with the mid-year launch of the Low Rider® S model.

“Riders have been asking when Harley-Davidson would build another aggressive, performance-based bike like the legendary FXR models,” said Harley-Davidson Director of Styling Brad Richards. “This is our answer to that question. The Low Rider S is informed by the current tall-bike custom trend and our own styling heritage, but also seeks to redefine Harley-Davidson performance for a new generation of riders. We wanted to really connect the rider to the road by delivering instantaneous power and agile handling with a bike that’s trimmed to the essentials.”

Those essential elements begin with the powertrain. The Screamin’ Eagle Twin Cam 110 engine is a powerhouse V-Twin and the largest-displacement engine Harley-Davidson installs at the factory. Equipped with a Screamin’ Eagle® Heavy Breather performance intake and Fat Bob-style 2-into-2 exhaust, this engine pounds out 115 foot pounds of peak torque at 3500 rpm – 13 percent more power than the standard Low Rider model. A heavy-duty clutch delivers that power to a 6-speed Cruise Drive® transmission. Cruise control enabled by electronic throttle control is standard equipment. The entire powertrain and exhaust is finished in a combination of gloss black and wrinkle black powdercoat.

The Low Rider S model is equipped to be as manoeuvrable as it is powerful. Premium Ride nitrogen gas-charged emulsion shocks and a Premium Ride cartridge fork deliver exceptional handling and comfort. Front and rear suspension components react quickly to small bumps and keep the tires in contact with the road surface for confident, controlled handling and braking performance. Triple disc brakes with dual floating front rotors are equipped with standard Anti-Lock Braking System. A new solo seat, flat drag bar on 5.5-inch-tall risers and mid-mount controls put the rider in an aggressive hands-up position square over the pegs. Seat height remains low, at 26.6 inches.

The rider views the road over a distinctive speed screen that gives the Low Rider S motorcycle instant identity on road.

“When you ride fast in this upright position, you need a little wind protection,” said Harley-Davidson Senior Stylist Dais Nagao. “Then the way we inset the headlamp deeper into the speed screen gives the Low Rider S an aggressive face. It’s a powerful way to communicate the personality of the motorcycle.”

No other colours make a statement like black, so the Low Rider S is offered only with Vivid Black on the sheet metal. Other black finishes maintain the dark theme from the forks to the console to the rear fender struts. The single exception: new Magnum Gold lightweight cast-aluminium wheels, a finish inspired by the gold-tone magnesium wheels used on race cars in the 1960s. A gold tank badge pays homage to the 1977 XLCR Café Racer model. 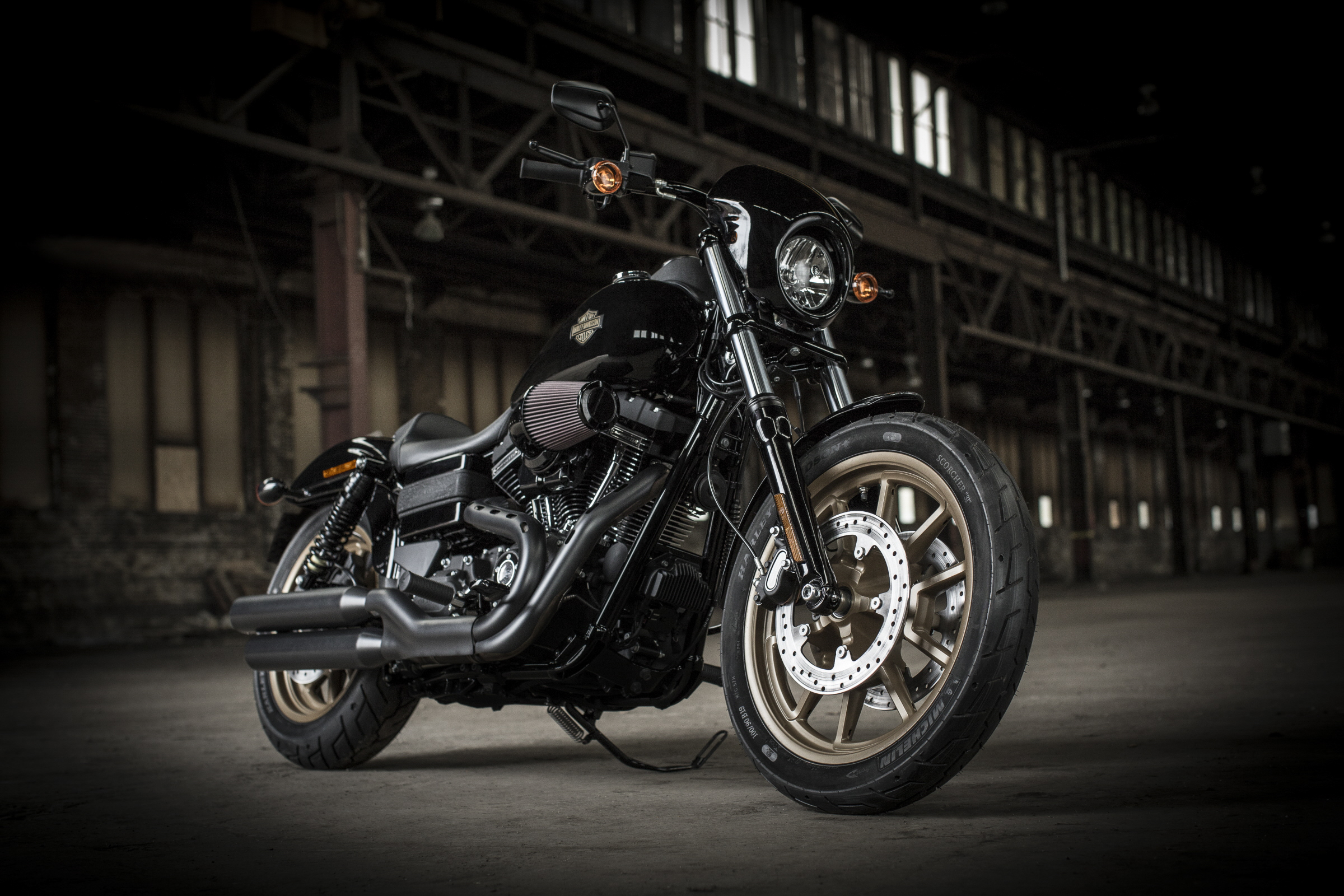