3D Robotics announces Aus/NZ release of Solo, the world’s first smart drone for use with GoPro 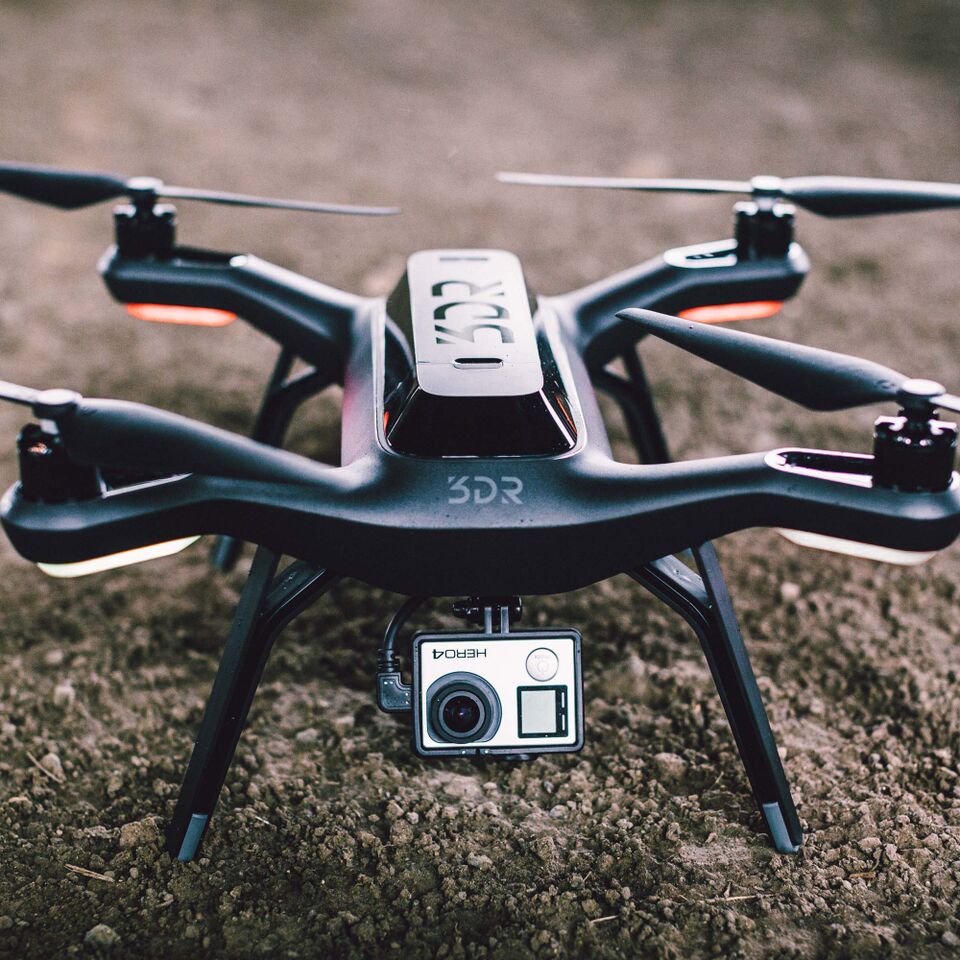 3DR and Convoy International announce the Australian and New Zealand release of Solo, an all-in-one personal smart drone whose ease of use and powerful new features kick off a new aerial age.

As the first drone designed with every aspect of the photographer’s experience in mind, Solo can define its own flight, freeing users to focus on getting the perfect shot. This intelligent drone is also the first to support full control of GoPro cameras and deliver live-streaming HD video straight to mobile devices or through the controller’s HDMI port.

Made for GoPro Solo is the first drone to offer complete control of HERO3+ or HERO4 cameras during flight. The new 3-axis gimbal delivers fluid HD video to mobile devices, offers in-flight recording control and access to GoPro settings whilst keeping the GoPro powered.

This processing power simplifies flight and puts unprecedented control of both the vehicle and camera at the user’s fingertips so that take off, landing or pausing of can be done with a single touch. The controller’s computer also powers both a WiFi hub for constant connection and a built-in HDMI port for live broadcast of GoPro HD video feeds.

Live streaming HD video can be output to any screen without losing or compromising the feed on your mobile device. Smart Shots Solo’s intelligence unlocks powerful and one-of-a-kind computer-assisted Smart Shots. Choose from Cable cam, Orbit, Selfie or Follow shots, then set up your shot and tap “play” and Solo will automatically execute the shot with precision.

iOS and Android app
The new Solo app (for iOS and Android) makes it easy to get the most out of Solo’s smart features. Stream live video to a mobile device and enjoy sophisticated camera and copter control, often with the push of a button.

Solo will be available in August at Harvey Norman, Duty Free and independent retailer stores for $1799.95.

Specs Flight time: up to 25 min without payload, or up to 20 min with GoPro and Solo Gimbal Controller battery life of up to 4 hours; built-in rechargeable battery (8 hours with optional extended battery) Weight: 1500 g; 1800 g with Solo Gimbal and GoPro Autopilot: Pixhawk 2 Video latency: 180 ms Wifi range: up to 800metres, depending on environment

Victoria the next to adopt Euro helmet standards